When I was seven my parents embarked on taking me and my three siblings to Italy for a holiday. We travelled by train including with people, chickens and delightful Italians offering us salami and bread en route. We travelled to the seaside and got off at Florence to see “Art” as part of the conditions of travel! At The Uffizi I was so impressed by The Botticelli “Birth of Venus” that I was sure that to be a painter was what I wanted to be.

I have to confess that I attended the Festival of Britain exhibition. I was about 14 at the time so that my memory of the visit is very hazy. I was a pupil at a Grammar school in Bermondsey and my class had created a social club. We had invited the maths master, Mr Lord, to be our first president. He had organised a school trip for us to the Festival of Britain on the South Bank and it sounded like a brilliant idea to get off school for an afternoon. Mr Lord obviously thought it would be very educational. I do recall the peculiar cigar shaped sculpture, the Skylon, and the Daily Mirror (our family newspaper) complaining about the money wasted on building the Royal Festival Hall . You could have spent it on building a couple of hospitals, said my father. If you go to the Pizza Express on the South Bank you will notice the iconic decorations that always remind me of that visit.

Vivid memories of my first visit to the Tate Gallery in 1967 as a gauche university boy from the Midlands. The imposing front portal, the high hallowed echoing halls, the frightening challenge of a confusingly wide range of daunting paintings. Who does Ivon Hitchens think he’s trying to kid? This was the Peter Stuyvesant Collection of “Recent British Painting”, the usual mega-star big hitters, 12% women and sponsored by a tobacco empire. The obligatory five pints of Watneys piss in the Morpeth Arms afterwards and heated argument about it all. Bought the catalogue.

In 1983 I saw Harold Cohen exhibition at the Tate Gallery. I was 17. There was a small ‘turtle’ in the corner of the gallery drawing away on a large piece of paper. A wired up computerised robot equipped with a marker pen. Apparently this computer had learnt how to draw. It had made up its mind about what shape or line to put where, trotted along and made its mark. How did it work that out? Was it a living creative being? And how did Harold fit in?

I have been asking the same questions ever since.

Prints by Tapies, in Truro in 1992: inky splatters, scratchy graffiti, pock-marked surfaces, dirty carboard. I recall old carriages on show in the museum, a glazed roof, and these giant prints. I had just been interviewed for a job at Falmouth as a print technician – I was using computers back then. I was told the previous employee had run off with the printer (a couple leaping across the meadows hand-in-hand? No, they meant the Epson). I was a Tapies fan, and the sooty anarchy of the prints felt like a release. Anyway, I didn’t get the job. 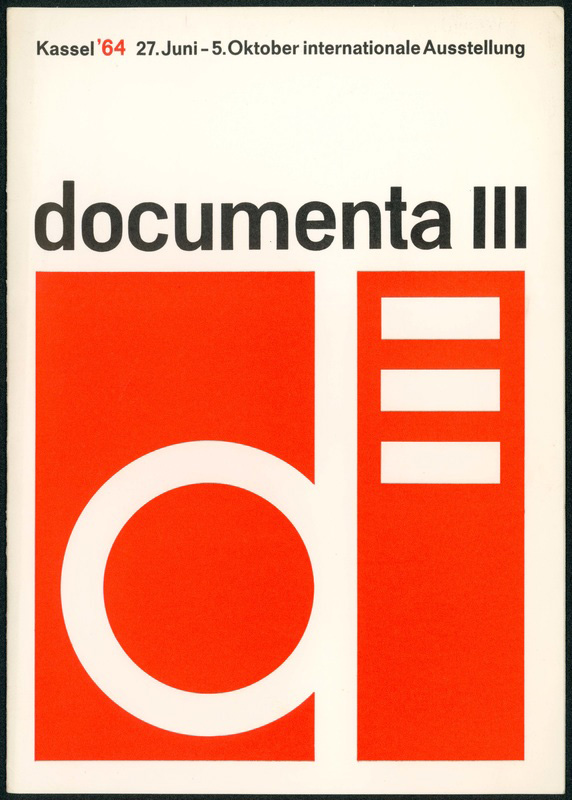 My most memorable exhibition was Documenta 3 in 1964, which inspired me to become an artist. I saw things I had never seen before or even dreamt of. Growing up in a small rural town far away from any cultural institutions made art something found only in books in the school library and those books weren’t contemporary. The artists that stood out for me were Henry Moore, Jean Tinguely, and then lots of other strange abstractions that excited me. I was 15 and utterly blown away by these new possibilities.

One of my most memorable exhibitions was “Hans Hofmann – Late Paintings” at the Tate Gallery curated by painter John Hoyland in 1988. Hofmann was one of Hoyland’s great heroes and this came across powerfully in this exhibition, put together with love and respect.
I remember being overwhelmed by the paintings and I felt very emotional in the presence of one of my own favourite painters.
Hofmann died in 1966 at the age of 86 and many of the paintings, some of very large scale, were made in the last ten years of his life. They were powerful, celebratory, life affirming paintings. A painting I particularly remember and loved its title, was “Joy Sparks of the Gods” painted in the last year of his life. The exhibition was beautifully curated by Hoyland with each painting given room to shine. Two great painters coming together to make a stunning exhibition.

I couldn’t say that any one exhibition has influenced my work the most, it’s all such a memory-mash-up. But certainly one of the most memorable was a mid-1980’s visit to Museo del Prado, Madrid. I flew up from the South of Spain where staying (those were the days) and back in a day. Guernica and working drawings had not long been returned to Spain from New York and that was what I went to see. The handwriting on this brochure is not mine, more likely the helpful markings of a museum guide. Penned on the plan in blue ink is ‘Velasquez’, indicating the location of the gallery displaying Las Meninas that equally blew me away, the sheer scale totally unexpected after previously only seeing both works in small art books.

Martin Puryear’s Swallowed Sun (Monstrance and Volute) (2019) at the US Pavilion in Venice, 2019.

I was lucky enough to see this work in the flesh on my last visit…seems such an age away. Consisting partly of a large wooden screen sited in front of the pavilion’s courtyard, it is architectural in scale, rising above the building as it does. Its wooden finish and flat plane make it seem like a privacy curtain sheltering the pavilion. But once you step around it into the courtyard, you encounter a black spiral form looming up from the earth to join into the screen—“as if Puryear were stating right at the front that you have to penetrate the surface to get to the dynamic guts of the show.” Fabulous work from a brilliant artist. 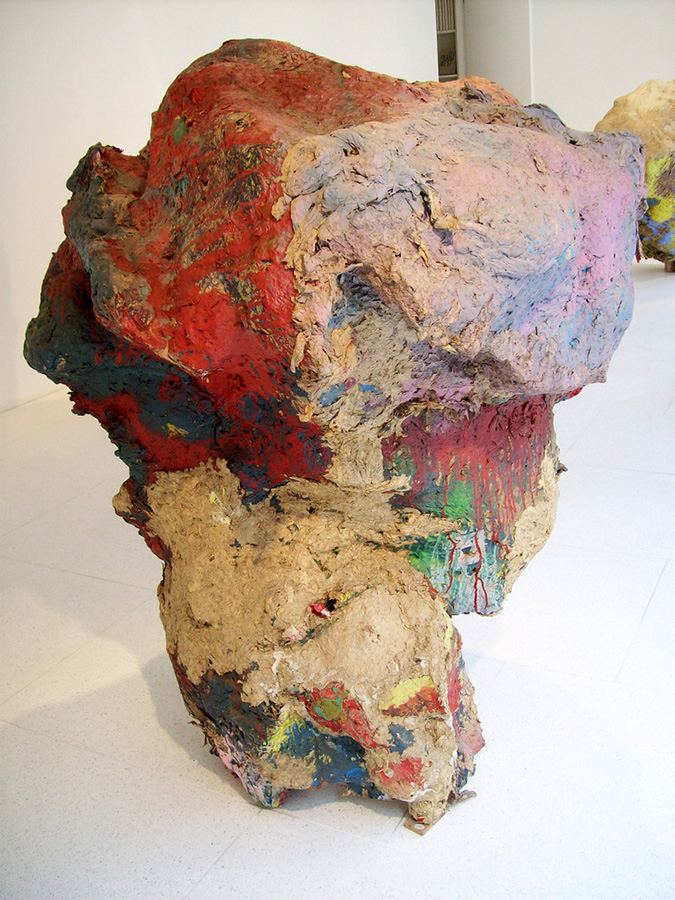 I was immediately drawn to the tactile quality of each piece. At the time I had just invented my own style of working, by setting up different experimental processes by combining pre-used building materials and art supplies. I explore my life as a builder and an artist, where I create works that present this merging of my life. West was notorious for manipulating everyday materials and imagery in order to examine art’s relation to life and collective experiences.

How do you choose one?
In no particular order of preference.
The collection of Malevich works in the Stedelijk Museum. Sometime in the mid to late 1980s. It was late in the day and there was no-one else in the space.
Philip Guston at the Whitechapel, 1982
An Aside, selected by Tacita Dean, National Touring Exhibition, 2005
Agnes Martin, Tate, 2015
Fra Angelico, Convento di San Marco (sometime in the 1980s)
Otto Dix, Nationalgalerie, Berlin, 1992
Of Mice and Men, 4th berlin biennial for contemporary art, 2006
(Von Mausen und Menschen, 4. berlin biennale fur zeitgenössische kunst)

In a small village about 60 kilometres south of Munich is a ‘Dream House’ by the minimal composer La Monte Young and light artist Marian Zazeela. It has been there since 2001 and I managed to visit it in 2003.

What I experienced was a large open room clouded in magenta and blue light. On entry I was asked to remove my shoes, as the floor was covered in a soft white carpet. Pillows and blankets were placed across the floor and a subtle incense smell in the air.

Marian’s delicate light sculptures lit up the room and an audiovisual recording of the 6 ½ hour version of The Well Tuned Piano by La Monte filled the space with layer upon layer of music. I spent 2 hours in this otherworldly space of total tranquillity and will always remember this.

Sandwiched between the two large riveting retrospectives of Philip Guston’s work (the Whitechapel (1982), the RA (2004)) was an exhibition in 1999 drawn from his sequence of 23 lithographs – a collaboration with the print studio Gemini in 1979-80. Shown in Timothy Taylor’s then small London space one could get up close to both the wall display and the stacked folders holding the full sequence. This was a special treat. Three small catalogues contained the entire sequence; No. 16, ‘View’ (30”x40”), while being just that, somehow simultaneously offered a revelatory view of his entire ouevre. Unforgettable!

There are so many exhibitions I can name that have inspired me Velazquez, Boltanski
Beardsley, Rauschenberg, Artemisia the list is large……and not all of them about painters but also film makers and writers, fashion designers and other creative people.
But the name that sticks most in my mind is Francis Bacon.
When I was in my early 20s and a student he was painting in the mural room in the RCA
which was then part of the V&A. Most of the students were scared of him. During that time I was invited to dinner in the common room with my tutors and I was given the catalogue for Bacon’s show in Paris by one of the guests.
I love Bacon’s use of perspective and the way he used a background cage to hang his figures on. I love the way he combined expressive painting with detail. I like his use of space.
I have seen many of his exhibitions but the one in Paris I never saw.

From the grand scale to the easily overlooked tiny perfectly formed models lying way beneath the eye level, each exhibit affected me. 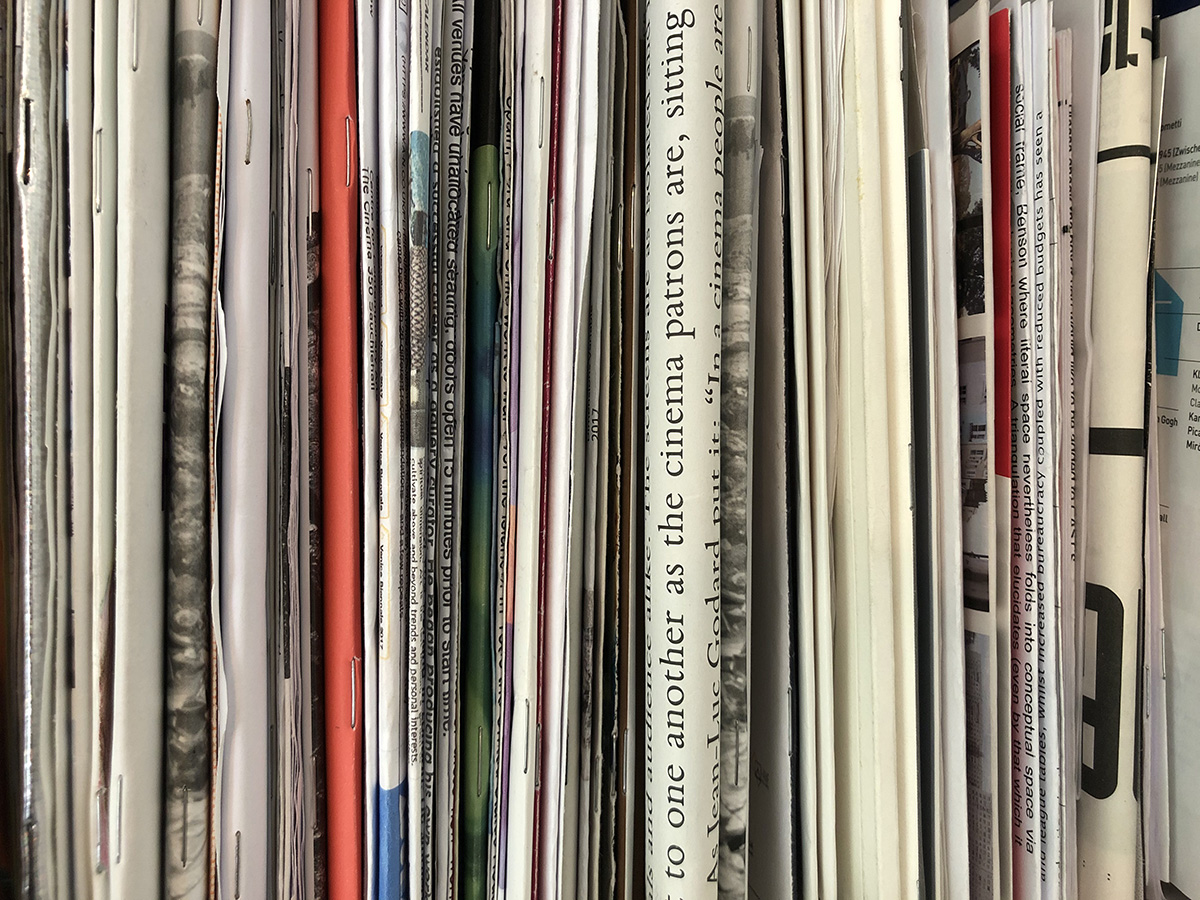 I enjoy going to exhibitions, perhaps as much as I enjoy making art. Over the years I have diligently kept all the press releases and catalogues from the exhibitions I have visited. Amassed over 30 years it is a substantial body, ripe for exploration in some mythical future.

“…in a unique setting of extreme remoteness … and in the time of extreme winter weather conditions. The idea of the festival has originated from the ancient Papay tradition of The Night of The Gyros …, which till the beginning of 20s century was celebrated on the island in the first full moon of February … the Festival is a reflection on the folktale, the island’s landscape and heritage, as well as interpretation of tradition and ritual, through new developments in art and architecture. During the Festival the Island is transformed into the art space and artworks are screened and exhibited in old farm buildings, boat house, workshops, ruins and open landscape.” Ivanov + Chan (founders)