Born in London in 1947, Robert Clarke trained at Ravensbourne College of Art and Design, B A and Post Graduate Painting , Chelsea school of Art MA.

He was elected a member of the London Group in 1977 and was an original member of the Wapping group of painters. He has exhibited widely and has work in public and private collections in the UK, Europe and the USA.

Since moving to Wales in 2011, the nature of my work has been influenced by the Welsh landscape, and in particular the relationship between natural forms and their surroundings. I do not attempt to capture an image directly but rather by sensing its relationship and existence to the rooted space in which these forms exist. This is constantly changing in the fast moving light of the Brecon Beacons. A dialogue between form, colour and presence occupies the space in which these elements present themselves. This is often poetic, remote and deep rooted. I have only just begun to scratch the surface. There is much to discover. 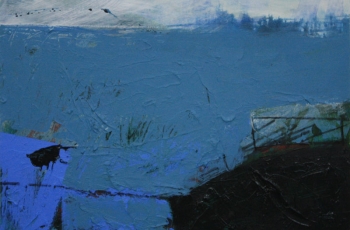 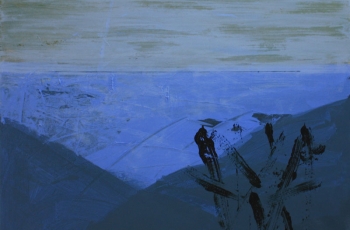 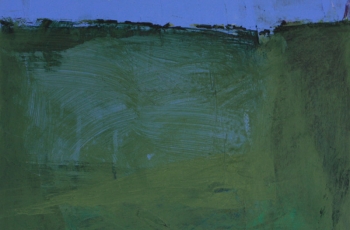