I mould paper and shape cloth and other materials to make relief forms and wall sculpture.

I am interested in the environment we create for ourselves. The objects we choose and use that reflect our thoughts and images.

I have always been inspired by the ancient art of relief sculpture which for centuries has expressed wordless myths and ideas.
It embraces the space between three dimensional actuality and two dimensional illusion.
It invites our imagination and involvement.

I use quiet translucent colour and white surfaces which respond to the variations of light and shadow suggesting changing forms and points of view.

Her work is represented in public and private collections in the UK and abroad. 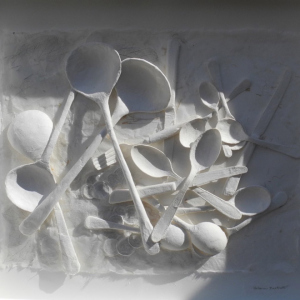 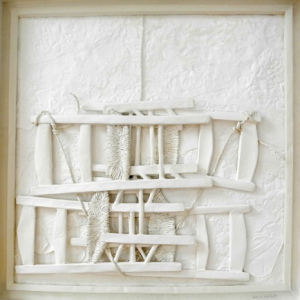 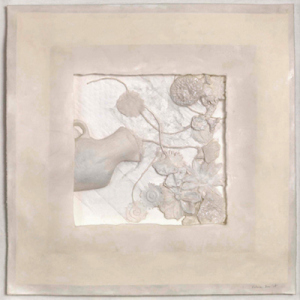 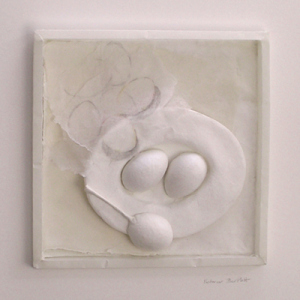