“E.M. Forster’s dictum to “only connect” could be the guiding principal for Tom Scase.”

Tom’s paintings are organic and rythmic, and fill the canvas. One feels the actively intuitive movement of Tom’s brush as it explores the two-dimensional surface, like the path of growth in the natural world, or a single person following his own thoughts in order to discover them.

“He lists influences from as far afield as North American Indian sand paintings and textiles, Persian rugs, cave paintings and aboriginal song lines for his large dynamic and patterned surfaces.

“The connections for Tom are to do with a certain state of mind for the creative act, a receptivity to the sub-conscious workings of his own mind, an interest in the trance-like or meditative states used by other cultures, as well as an embracing of the strikingly similar marks and patterns found in those cultures. The workings of chance and natural forces, the movement and character of the materials themselves are also part of the work of this thoughtful artist.” 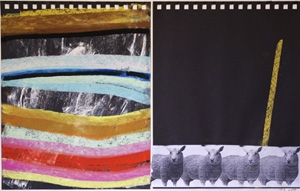 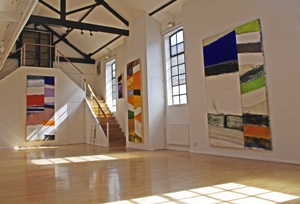 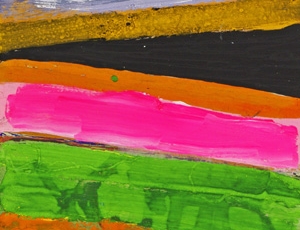