Animistic currents run through the works, hinting towards a higher spiritual dimension. Animism intimates the attribution of a living soul to inanimate objects and natural phenomena, and belief in a supernatural power that organizes and animates the material universe.

‘Luxton has an instinctive empathy for Eastern philosophies of the Void, using bare linen to give substance to this supreme ‘nothingness’, and dissolving the boundary frequently drawn between the Earth and the cosmos. She finds her subjects in her explorations of the remote natural world – the sun, the moon, stars, mountain tops, waterfalls, craters and ice caverns – condensing and abstracting each referent into an archetypal version of itself. Her paintings slow time and elude direct interpretation. Their strong emotive core is yet fragile and fleeting and they speak an elementary, instinctual language rooted in a place of pre-rational understanding.’ – Sara Jaspan

Hannah’s studio process is one of contemporary use and manipulation of traditional, age-old painting methods and materials, in which she has mastered oil paint to appear in a variety of guises and often grinds her own semi precious and rare colours. 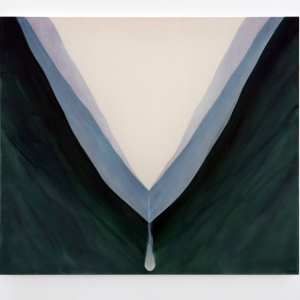 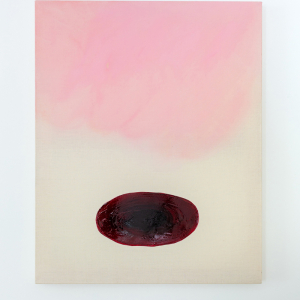 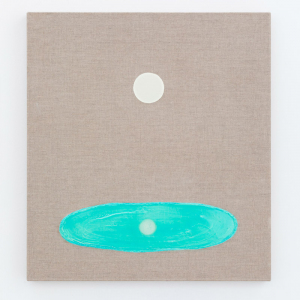 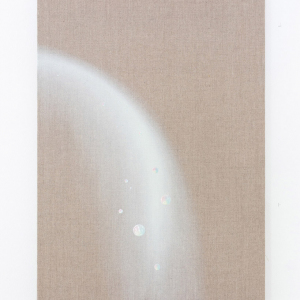