Appropriation and attempting to unearth the poetic in everyday, often dysfunctional, technologies, systems and bureaucracies. Strategies include misuse, misunderstanding, lampooning and tinkering.

Past work involved forms of ‘mild hacking’ and re-presenting of ostensibly mundane tracking imagery and data. Later I discovered that supermarket self-checkout machines could be used to buy nothing; I was ‘onboarded’ as a Deliveroo rider; and, as part of another project, exhibited estate agent/auctioneer ‘Sold’ boards on their posts. More recently I have been giving attention to the overlapping of functional infrastructures, including wind farms, and other uses of the semi-rural landscape, like ball games such as golf, and the unusual sport of road bowling.

There is a performative aspect to the interventions and presentation of findings. Imagery, data, substantial readymades and significant objects are exhibited directly; the methods are shared in the form of instructions or tutorials and, thirdly, elements are incorporated into live events or short looping films I term ‘simupoems’. The latter have been a consistent feature of the practice, with two included in the late Michael Shamberg‘s Turtle Salon collection for example.

Work has been shown in project spaces, established locations such as the Whitechapel Art Gallery (London), Lighthouse (Brighton, UK) and Wandesford Quay Gallery (Cork City, Ireland) and, long before the Covid-19 pandemic, using available and invented systems for streaming, distribution and feedback. An early project, Contra-Invention, had been invited to Les Rencontres Internationales de la Photographie d’Arles was later part of From Here On at Arts Santa Mónica, Barcelona and beyond. I won a Develop Your Creative Practice (DYCP) grant in 2019. Later support from the Arts Council of Ireland (a Commissions Award and Touring and Dissemination funding) facilitated the production of new work for a solo exhibition at Uillinn: West Cork Arts Centre, which took place in September and October of 2022, and will travel to Wexford Arts Centre in 2023, and Highlines Gallery, Drogheda in 2023/24.
Triggered by the new work, philosopher of aesthetics John Roberts, has written a new book entitled, Art, Misuse and Technology: Micheál O’Connell’s ‘System Interference’. 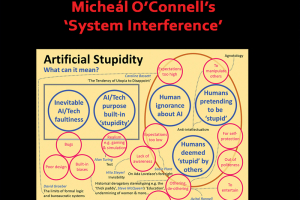 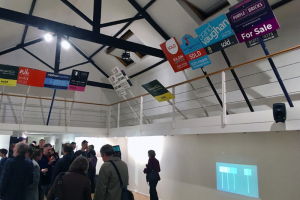 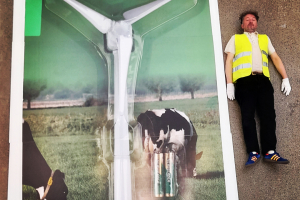