As the nights are drawing in and Halloween is just around the corner, it feels like time for a review of The Weird and the Eerie by Mark Fisher. 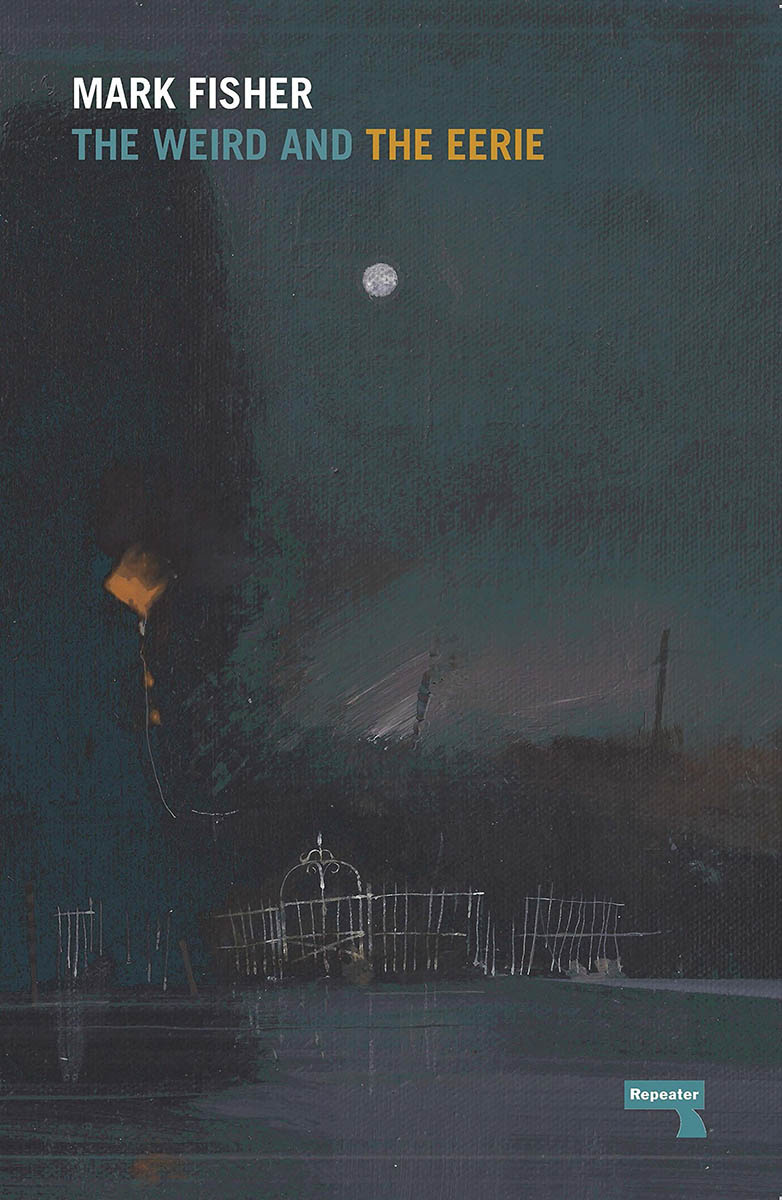 What do we mean when we say something is eerie, as opposed to it being weird? Fisher separates each concept in the book’s two sections: both include brief definitions and explores what he defines as two closely related modes of thought. What they both have in common is they’ve been associated as sub-genres of horror, both are preoccupied with the strange, unsettling, as something being wrong.

Early on, Fisher rinses Freud’s essay Unheimlich (uncanny/unhomely) as ‘disappointing as any mediocre genre detective’s rote solution to a mystery’ by only putting the ‘strange within the familiar’. Rather, he suggests that the weird and the eerie ‘allows us to see the inside from the perspective of the outside, for that which lies beyond standard perception, cognition and experience.’ For Fisher, the weird points towards ‘wrongness’, carefully pointing out that it is not the thing itself that is wrong, but rather our conception of the world. The eerie is more subtle – characterized by a feeling of not knowing if something is there, contrasting presence with absence (‘the failure of presence’) OR something is present when there should be nothing (‘the failure of absence’).

Fisher uses this as a starting point to present us with an enthusiastic and passionate smorgasbord-treat of novels, short stories, mainstream modern cinema and music: for example, we get references to MR James Oh, Whistle, and I’ll Come to You, My Lad, The Fall’s album Grotesque, Brian Eno’s Ambient 4, HP Lovecraft’s novels, Daphne Du Maurier’s The Birds, Margaret Atwood’s Surfacing and the films, Under the Skin, Interstellar, The Shining, Mulholland Drive and Picnic at Hanging Rock. He makes the links between these seemingly disparate sources into something surprisingly coherent and creative, and nails the kind of free-floating, off-kilter angst and emotional background radiation that we encounter glancingly in life. As Fisher puts it “The unity and transparency which we ordinarily ascribe to our minds are illusory. Gaps and inconsistencies are constitutive of what we are.”

In all, it’s a deep, concise, fascinating and compelling read. Highly recommended.

Mark Fisher (1968-2017) was a Visiting Fellow in the Visual Cultures department at Goldsmiths, University of London. The Weird and the Eerie was published posthumously in 2017.