The London Group presents its Annual Exhibition at Christmas this year, showcasing work by around 60 members. 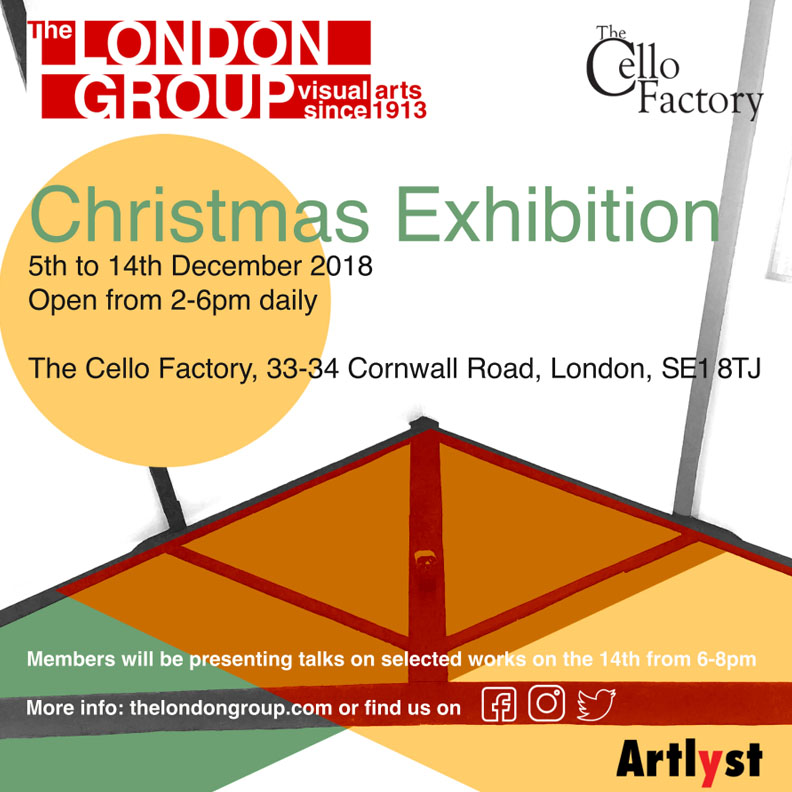 Painting, photography and other 2D media, sculpture and digital works will be hosted by The Cello Factory at Waterloo from the 5th to the 14th of December, and members will be presenting talks on selected works on the 14th from 6-8pm.

The London Group, founded in 1913, was formed of an enlarged Camden Town Group, the English Vorticists and other independent artists. Founder members included Wyndham Lewis, Sickert, Bomberg, GaudierBrzeska and Epstein who coined The London Group name. Unusually for its time it had female members from its inception.

The Group has shown at least once a year throughout its existence, including during both World Wars. This is our ninth exhibition this year – a record for the Group. We are described by Michael Strain (Art UK, Dec. 2017) as ‘A group of quality and great diversity. Most of the great British artists for more than 100 years have been members’.

The press release can be downloaded here The Christmas Annual Exhibition