A peek into the diverse studio spaces in which London Group members create.

In his critical essay “The Function of the Studio” in 1971 French conceptual artist Daniel Buren categorises an artist studio as “a stationary place where portable objects are produced.” Portable objects being the works of art which must be removed from the studio via large doors and then ported through even larger doors into art galleries and museums around the world. The expansion of art into space becomes the organising principle of the studio whilst city landlords and rising rents squeeze in other directions. Size matters!

Here we present a selection of London Group members’ studios; big ones, small ones 1, messy ones, ordered ones – each a singular response to the conflicting pressures of the business of making art.

1. It should be noted that several of the artists have gone off in a different direction, contracting the use of physical space still further into the weightless domain of the computer; the artwork and studio collapse into a ragbag of 1s and 0s. 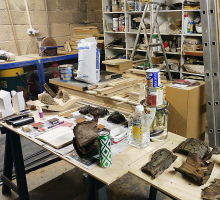 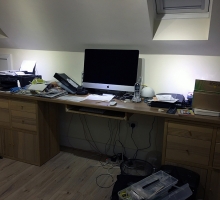 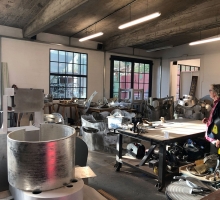 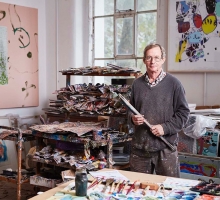 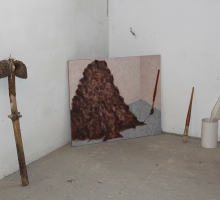 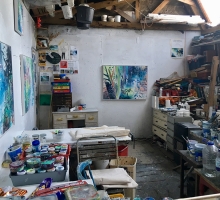 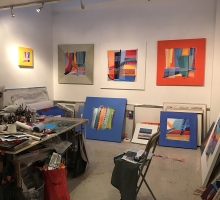 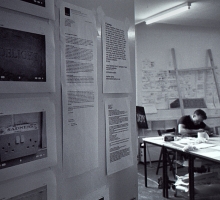 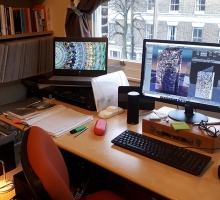 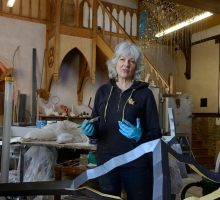 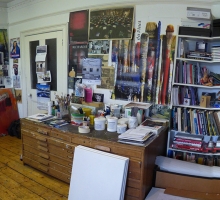 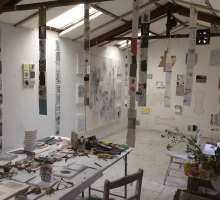 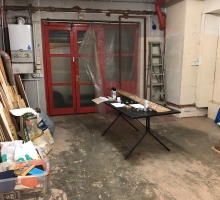 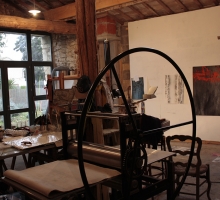 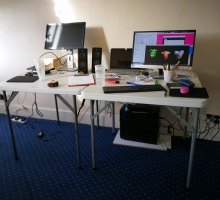 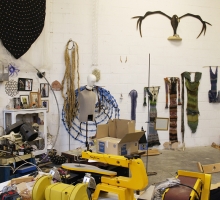 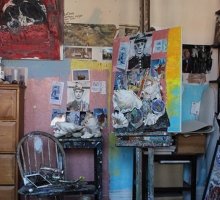 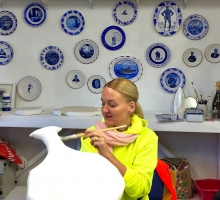 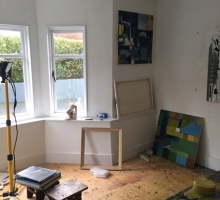 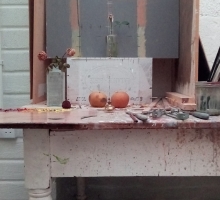 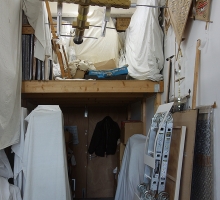 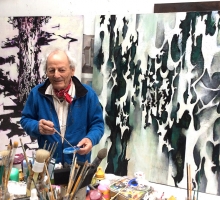 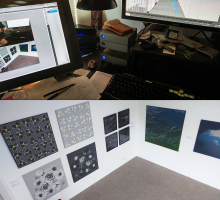 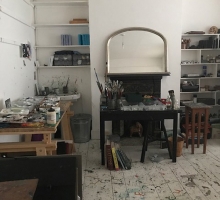 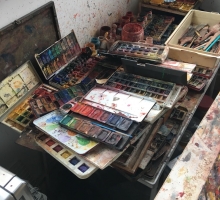 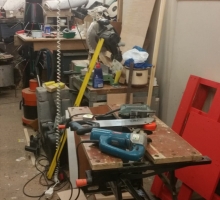