A brief description of the curating process and a quick review of the artist talks. 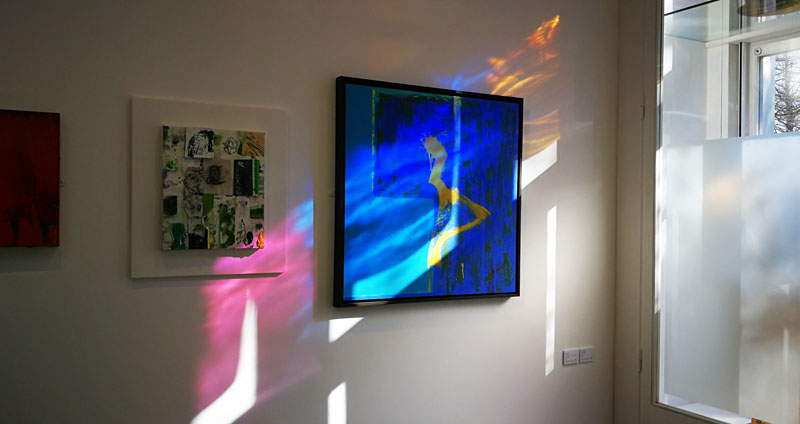 Message from the Curators

The Linden Hall Studio in Deal, by the sea in Kent, is a superb contemporary art gallery in a converted chapel. It has a rich modern history of showing local, national (and now London) based art across all disciplines and media. The London Group therefore had no hesitation in following up an introduction from Peter Clossick last autumn to arrange this group exhibition. We started the curating process and organisation at the beginning of August 2017 and communicated online as we live in different cities and countries. This process was enhanced by the strong interest and keen enthusiasm of a high number of members wishing to get involved. The standard of the individual pieces of work was extremely high and varied across a good mix of media and disciplines, i.e. by definition the ingredients for a first-rate exhibition.

The work was amplified by the beautiful space and environment of this unique gallery making the hanging of the show a straightforward and very pleasurable task. We were assisted by London Group members Angela Eames and Bill Watson and the gallery team including gallery director Myles Corley, assistants Amy and Marianne and owners John and Heather Corley. Each individual work was carefully considered and placed in the best possible position and in sympathetic harmony with its neighbours. Incidentally, does the Group have a bad case of The Blues? Every time we needed to fine tune and adjust the balance there were two or more blue images fighting for glory and adjacent blues always sulk!

The private view was busy and extremely enjoyable. It is a wonderful show, congratulations all around. 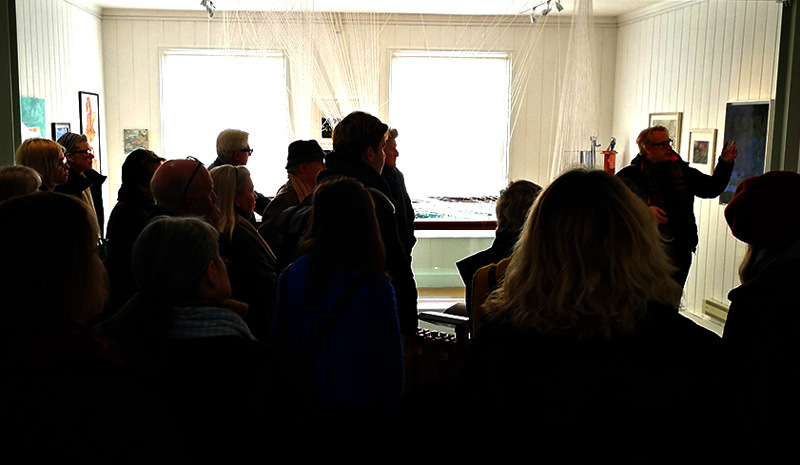 The Machine behind the Ghost

The show ended with a breezy hour of artists’ talks. Genetic Moo pulled back the curtain explaining how their code driven particles moved around the screen tracing out spectral imagery of the ghost ship Lady Lovibond. Then onto Paul Tecklenberg describing his photographic process – feeling around in the darkroom to develop his haunting prints. Angela Eames told a story of crossing boundaries in life and art and described viscious council vehicles decapitating her hedgerows into geometric barriers as depicted in her stark black and white diptych. Finally Vaughan Grylls tilled other ghosts with his photo of a patch of earth – as close as he could find to where his grandfather died one hundred years ago in World War I. Vaughan also discussed his friend and ex-tutor Tony Collinge who died last year and to whom the show was dedicated. The attentive audience of about 20 people were keen to find out about these different but related art processes – it was telling that all the talks were given by photographers and digital artists. In response to what Myles described as the most commonly asked question we finished with a session on how to join the group, so the show has certainly had a positive effect.