Moich Abrahams LG is one of the Group’s longest serving members, over 40 years and counting. In this article he discusses his views on art, life and getting to the Moon. 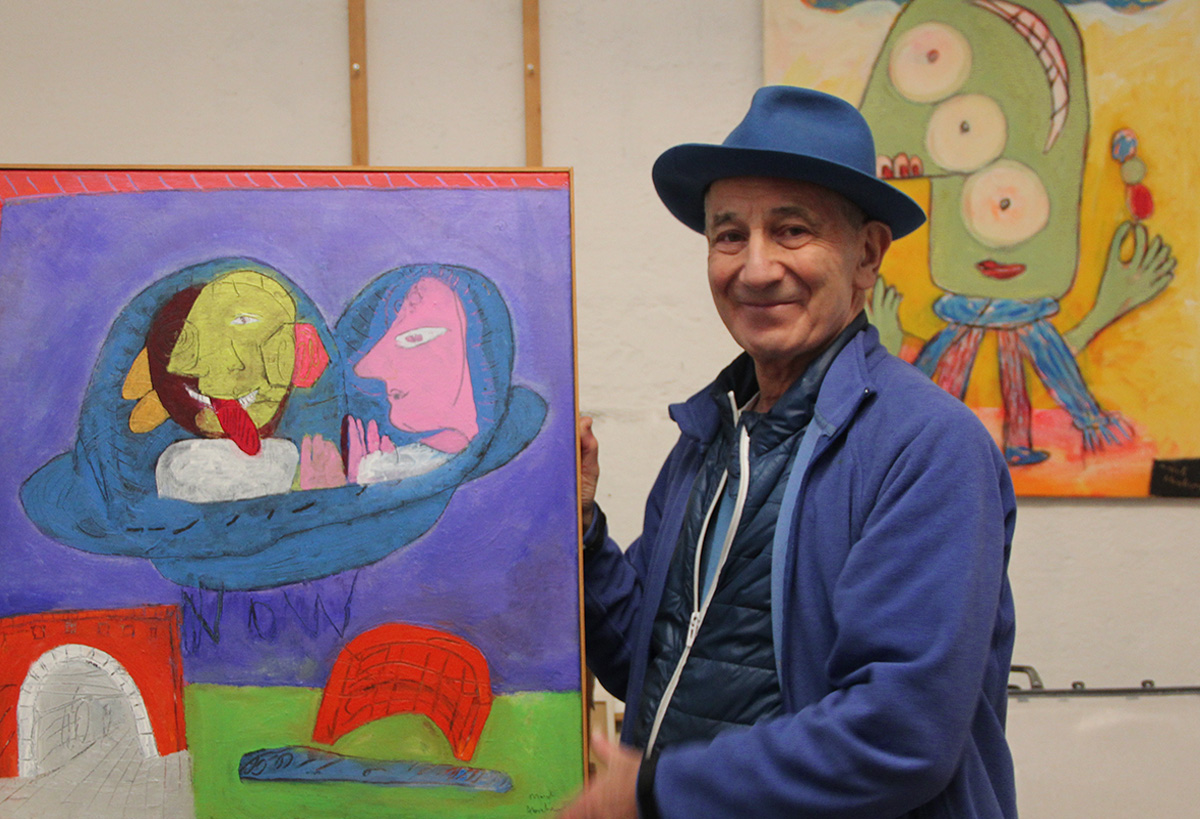 Perhaps I don’t have a strong work ethic, but I do have a strong play ethic, which dictates how my day goes. The aspiration of living in the present informs what I do. ​Mundane issues creep in, like dealing with post etc., ​but there’s also the element that is being open to play, so I try to bring the scattering back to focus. Every thought is a potential decision: BREXIT, global warming, inner mind chatter, what do I get engaged with? The question is, do I entertain that thought, go with it, get caught up with it, go with the misery, or let it go?

I have to make a choice.

When I was 14, I told a Rabbi friend that I wasn’t happy, I needed to know who I was praying to. He said, imagine you’re on a pathway to the best you can ever be, and pray to that. It was my first rational model of replacing religion with self-improvement.

A driving force for me is to just carry on like everyone else, but when I’m as awake as I’d like to be, I try to become the best I can be, whatever that means. I did my first degree in maths at Kings, London. Being at Uni was like a dreamworld, living away from home for the first time. Maths is an art form, it gave me some intellectual confidence, and also a capacity to be rational. I was a sharp young lad but very naive, and it lead to my dissolution. I started at the top, and worked my way down. I’m still working on that.

I went to Byam Shaw in the 1970s, just past its heyday. Perhaps it was a mistake going to art school,  because I can’t be an outsider, I can’t be part of the Art Brut movement, can’t be what I really am, a total outsider: I’m too much of an insider. In one tutorial, a visiting lecturer came in drunk, and said “It’s all about I, thing, and life force” then he fell over.

My work has evolved very slowly since I started making art. There are a lot of compromises, I go from not knowing to knowing less. Along the way, I’ve had various thoughts, I ask what am I trying to tell myself, what direction do I want to go in? For a while I did a lot of stuff with grids. In a sense, it was it was prison-like, and was telling me to loosen up, to be freer. Out of this came symbolic figuration, but it seemed all technique and no soul. Then came imaginative figuration like Chagall, Dubuffet, child like. I have a clumsy gene, I spill things, blot them, and turn them into art. I am totally absorbed into colour as if colour is a sponge.

The painting that changed my life was Chagall’s Self portrait with Seven Fingers. I saw it when I had tea with Chagall’s daughter Ida, in Paris. She was in her 60s then, and behind her on the wall was that painting. The flat overlooked the Seine, and the maid who served us looked like someone out of a Buñuel film.

The biggest influences on my work have been little children and outsider artists like Oswald Tschirtner. I met him in a psychiatric institution a few years ago, he would only work if his minder was there next to him. He was given a big canvas and a black felt pen, and in half an hour, there was a masterful linear drawing.

I think that play and creativity are very related, relaxing into gently letting go of convention, allowing what is. To enter the kingdom of heaven you have to become as a child. The advice I wish I could give my younger self is to go for it 100%. It doesn’t matter if you make mistakes, don’t do anything just to please, and whatever you do, have as much fun as possible.

Back in the 50s, my dad said to me, ‘Imagine if you got halfway to the moon, what you would have achieved?’ But that fixes up the idea that getting half-way-there is good enough, like a glass ceiling. So be careful what you tell yourself.

A good question is rare to find, the skill is asking questions you don’t know the answers to. Years ago, I was speaking to a Buddhist, and I asked him “do I have any more questions?”’ He said “no, all your questions have been answered”. So I thought, I can go watch a film, or paint a happy picture.

The most important lessons life has taught me is not to take things personally, and the value of kindness.

I wish I’d had a drink with Chagall, we’d have got on well. 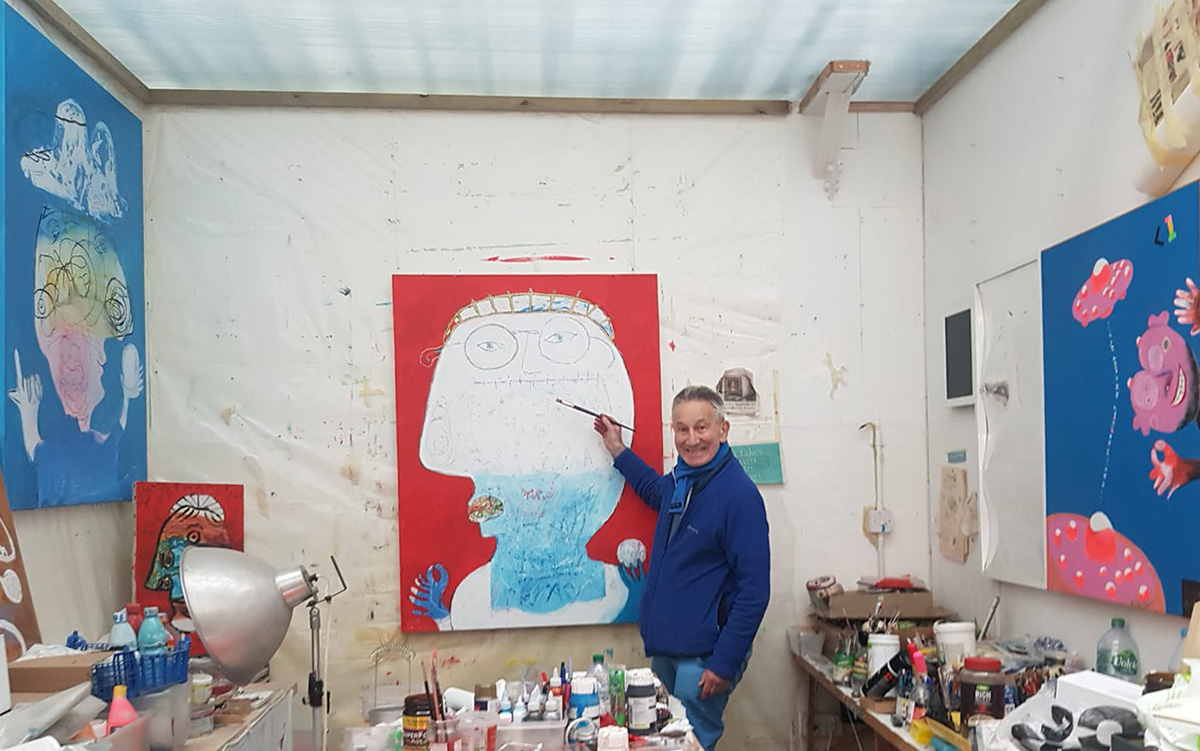 Moich Abrahams trained at the Byam Shaw School of Art, where he took first class honours, and later an MA at Goldsmiths College. His work has been selected for many group shows e.g. the Institute of Contemporary Art, The Whitechapel Gallery, Camden Arts Centre, Royal College of Art, and The Best of British Drawing Show, at the Hayward Gallery. He was elected to The London Group in 1977 and is one of the Group’s longest serving members.

Moich is exhibiting in Part II of The London Group Open 2019, 4 – 13 December, The Cello Factory