Family Heirloom was exhibited in Embracing the Underdog, a London Group and Friends one day pop-up exhibition in Chinatown celebrating the Chinese New Year.

Chinatown in London and the Chinese New Year celebrations echo for me the experience of displacement and how a tradition can successfully be integrated into a new context. A custom handed down over generations is like an heirloom. So are genes, habits or objects. And sometimes an inheritance is not helpful.

A late 19th c. bed sheet with matching pillowcases hangs in a car park in the centre of Chinatown. The bed linen is a feast of hand sewing with embroidered initials and intricate stitches. It also embodies fundamental aspects of life, for example the relief of rest after a day’s work, marital status and manifestations of the unconscious through dreams or nightmares. This specific bed linen bears the initials MB, indicating the name of a young woman whose future depended entirely on a sensible marriage and who would have felt both hope and anxiety as she marked the sheet with her name. Her bed in her times was going to be the place for giving birth, going through illnesses and dying.

The bed sheet and matching pillowcases imply primal emotions and experiences as well as the life of MB and her descendants. And yet, in the here-and-now, the bed linen has become obsolete. Easy-care manmade materials have replaced linen and cotton; flats have limited storage to accommodate a folded but thick and heavy piece of fabric; duvets have become the most popular bed covering.

And so, the heirloom is in reality useless and valueless. The task faced by the last heir has become to do the opposite of what would have been the original intention. Instead of nurturing and enriching him or her, the handed down linen demands that he or she respectfully discard it. A car park is a place, which typifies transience. In the empty parking space it becomes visible for the day of celebrations and then it will disappear. 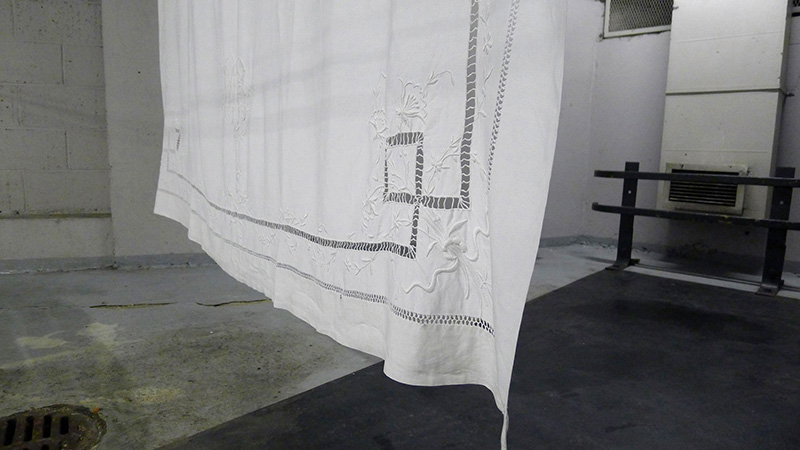 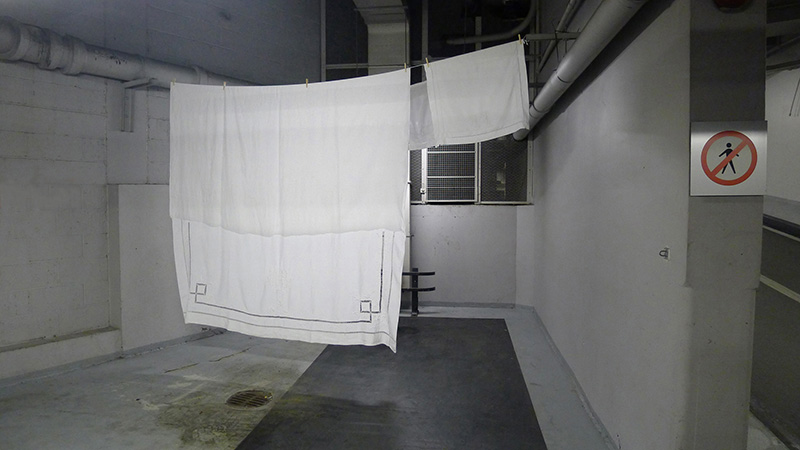 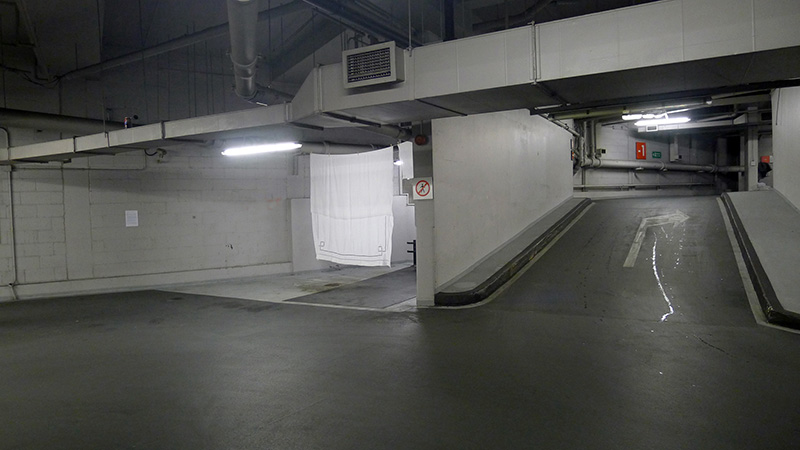