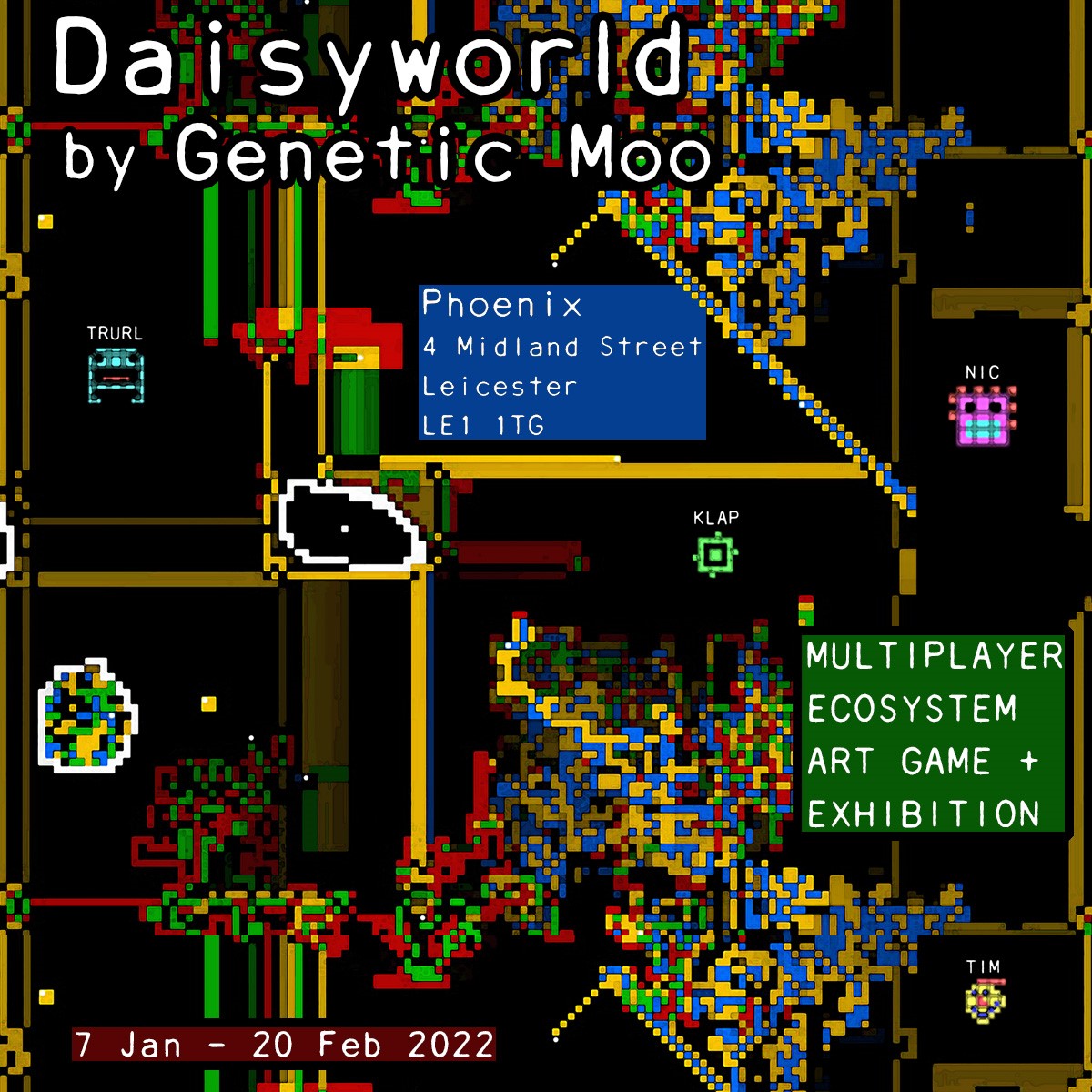 4 Midland Street, Leicester, LE1 1TG
Daily 12:00 – 23:00, Fri 7 Jan – Sun 20 Feb 2022
https://www.phoenix.org.uk/event/daisyworld/
Daisyworld was a computer simulation written by James Lovelock in the 1980s which demonstrated self-regulation on a planetary scale to illustrate his Gaia theory.This exhibition, commissioned by Phoenix and created by interactive art-group Genetic Moo, takes inspiration from the Daisyworld model, exploring interconnectedness as a way of making art and thinking about the world.The main projection is called “Biocybernetic Universal System Tendency” (B.U.S.T.) which was Lovelock’s alternative name for GAIA. B.U.S.T. is a multiplayer ecological art / puzzle game – the aim is to keep the world’s resources in balance. There are various agents which generate abstract pixel-based patterns representing nature, climate, technology and civilization. Waves of colour sweep across the screen from epoch to epoch. As the system becomes more chaotic the players must work together and program ‘bots’. These are sent into the world to convert, eat and excrete coloured pixels across the map – trying to restore balance and rescue the planet from destruction.Also on show is “Carbon Cyclers”, a generative animation showcasing the results of our collaborative Creative Coding workshops where the locals of Leicester produced their own animating Coccolithophores, microscopic creatures which play a huge role in the planetary cycle of carbon.Finally, watching over the show is “Mother: Volcano”, an ever-changing animal planet.There will be a symposium to accompany this exhibition.