“I am constantly thinking about the potential of a building material and how I might incorporate it into my artwork.” Chris Horner LG 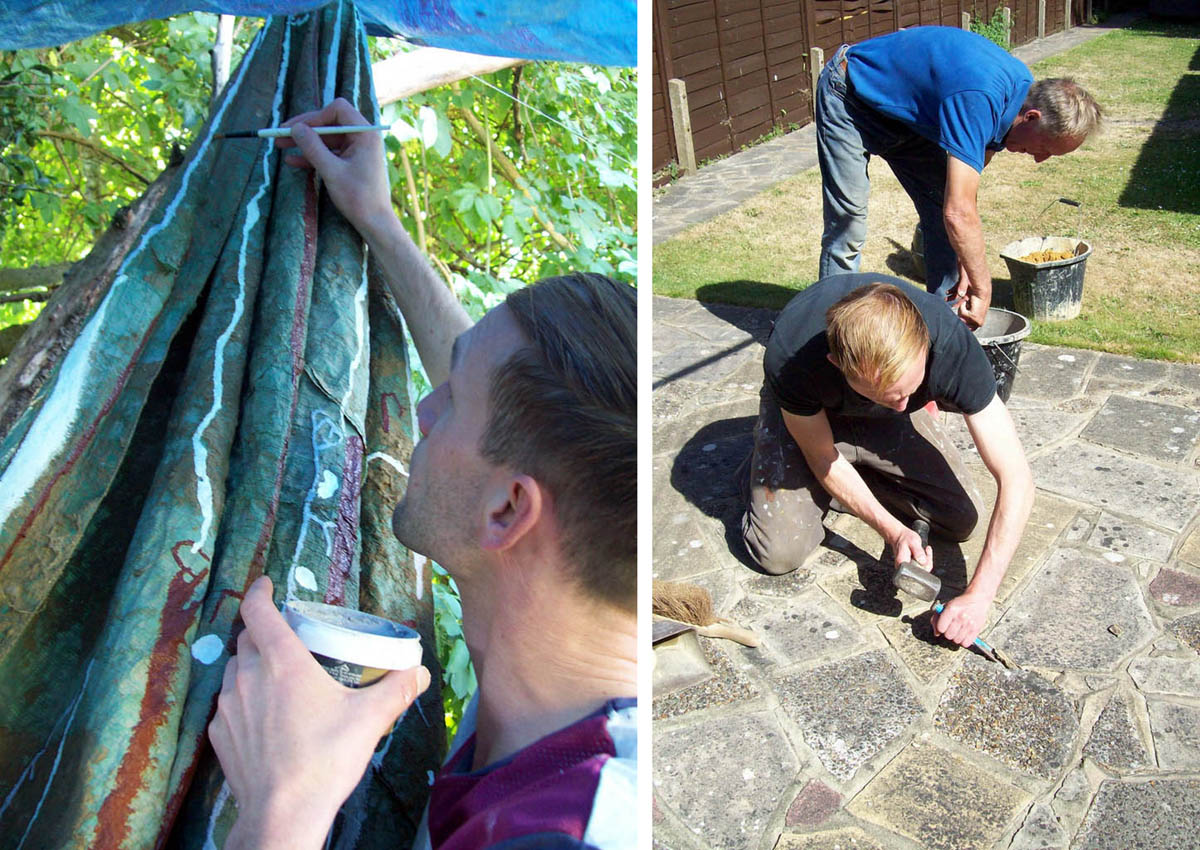 As well as being a practising artist, I support and assist my Dad in the building trade where I started working from a fairly young age. I remember being a teenager doing light labour for my Dad during the school holidays, it was a way for me to earn money, but it also gave me an insight into the building trade and what it meant to work as a builder. My Dad is a self-employed builder, this is great because it means he is his own boss and can offer me work when the job he is on requires an extra pair of hands and it can fit in with my art practice.

Art has always been a passion for me. At school, art was a subject I really looked forward to and because of this I have committed myself to it. I have studied art all through my life: at school, college and then university. It was in 2016, when I really started to invest more time in the building trade. I was beginning my Masters in Fine Art and Dad asked if I was interested in earning some money to fund the course. I studied part-time so this worked out perfectly as I was able to formulate the perfect balance between learning about art and building. I have to thank my Dad because it was his offer of working with him which led me to start thinking about creating art out of building materials. I did not want to be a builder one moment and an artist the next, I wanted to be both, and I was interested in expressing this through art. No one in my family is an artist, but they are all interested, and have been an incredible support to me and my development as an artist. 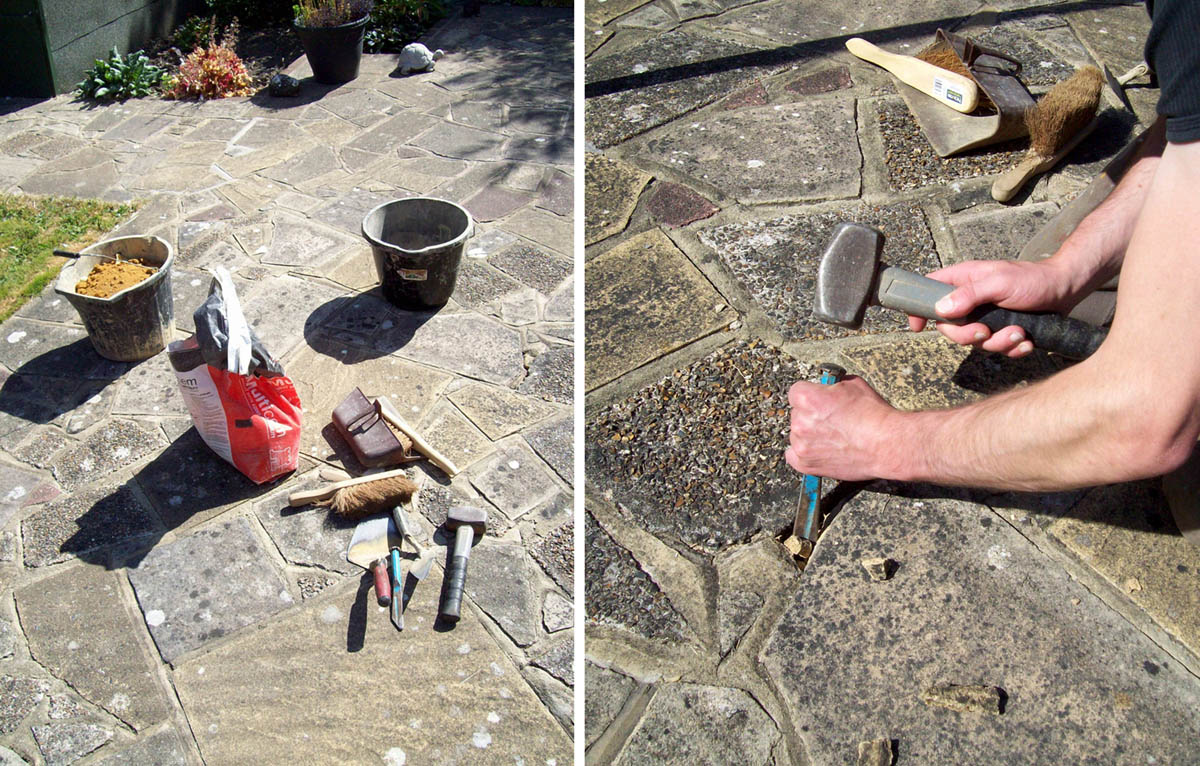 An appealing aspect of working on the building site is the use and range of building materials. I am constantly thinking about the potential of a building material and how I might incorporate it into my artwork. When I am in my studio, my actions are based on a combination of rules and spontaneity, inspiring a shift in me and the work I carry out. One minute, I am in the mode of a builder where I must follow meticulous and calculated actions. The next minute, I am free-flowing, integrating random actions to the materials that I am working with. Although joined together, every part of my body works independently: my hands perform differently to my feet and my mind. Each building material, art supply and method used within my working process has the ability to morph and reform into a new component, creating an ever-changing event inspired by artist, action, chance and process.

My MA tutor introduced me to Richard Sennett’s ‘The Craftsmen’ following a crit at the midway point of my MA. This book certainly opened up my eyes and got me thinking about my ability to work, perform and consider how my body works when I create art. Chapter five titled The Hand – The intelligent hand (How the hand became human) Grip and Touch, has made me consider how I use my hands. Sennett discusses two forms of touch as identified by biologist Charles Sherrington over a century ago: “active touch” which is seen as having conscious intent, and “localised touch” where fingers proactively probe and touch without conscious intent. (Sennett, 2008:152)

In comparing my work as a builder and an artist, I use active touch with my building work where I am mindful of what I am producing, and both localised and active touch in my artwork, where my initial mark making is without a true responsive method until I start capturing and recording my findings through marking and mapping out. This can be identified in my artwork titled Primary Scientific Time Data #5 (PSTD #5) a work that originated from chance happenings and an unknown formula for putting things together. For example, I firstly selected a number of building materials and art supplies to work with. I added cement, building sand, industrial glosses, with acrylic, PVA and gloss paint. I was creating a mixture which was obscure and unidentifiable to my mind and hands. The last stage of making this artwork became more obvious as I was using paint to pick out the transformations that had materialised in the mixture and the tarpaulin surface. I was in more control of my actions at this later stage. However, I had produced a system that operated through complex decisions of adding and removing. I had designed an improvisational technique achieved by dismantling and deconstructing materials, surface and a working process. 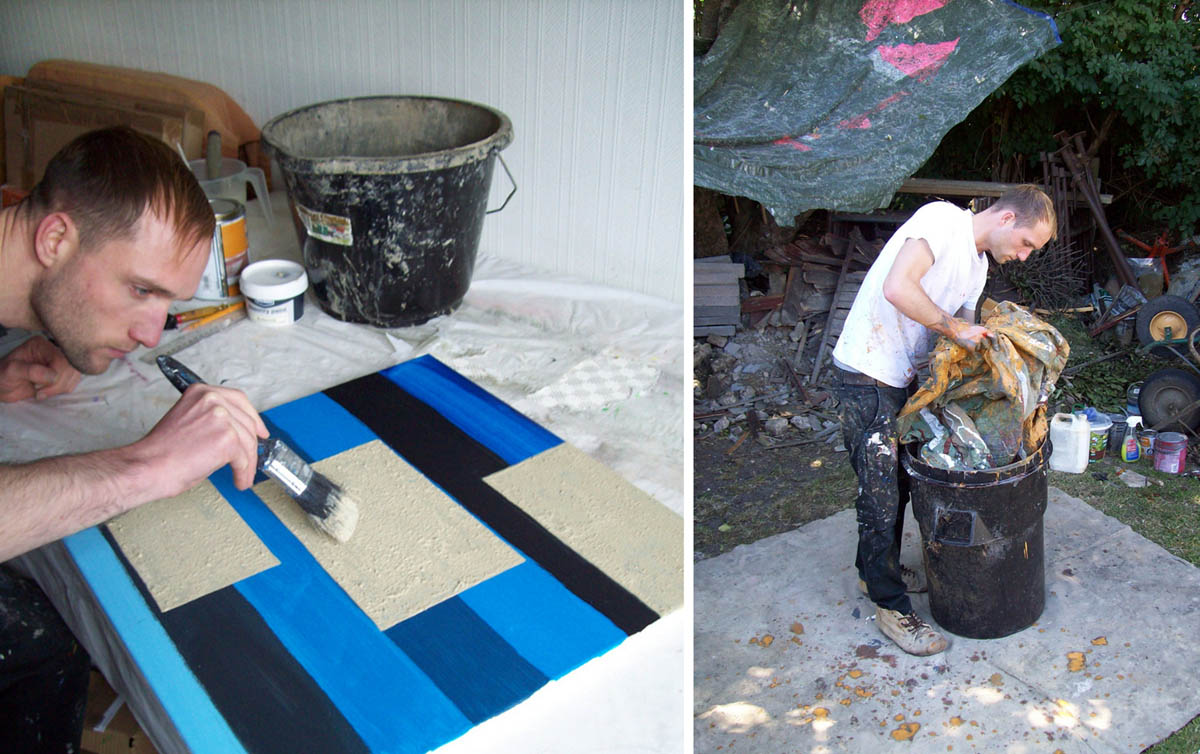 I find Sennett’s discussion of concentration also relevant. The development of an ability to concentrate for longer periods is important to both working on the building site and in my studio. In my practice, it helps me become more emotionally and intellectually connected with the subject. According to Sennett, a skill of physical concentration follows rules of its own based on practice and repetition (Sennett, 2008:172). For my Grid paintings and PSTD series, I am in a constant repetitive exercise of visual and practical techniques that document and characterise the process.

To finish, I’d like to expand further on my current series of Grid paintings and how they are also made directly from an active and localised touch. I initially draw out a grid, which is exact in measurements and geometric proportions. I then apply a mix of acrylic, pouring medium and high gloss varnish over the surface; this is done in both a considered and impulsive way. I finally introduce a building material mix of mortar (building sand and cement) either carefully or spontaneously to the painting it becomes a final layer. A talking relationship between building materials and art supplies is evident – how they touch by placement, and how they are brought together through harmony or for that matter disharmony. A visual example of this is my artwork titled New Beginnings of Abstraction.

I recently invited my Dad into my studio and asked what he thought of my work. His response was “Although I might not know exactly what you are trying to say. I really like how you change the look of a building material and also the use of colour, which makes the artwork very engaging and exciting.”