Colette’s large geometric paintings, stripes of red and yellow, or black to grey, have been focal points of London Group shows for many years. We were both elected in 2000, and I know the fellowship meant a lot to her. She was always there at the private views, with her husband James. She was good company, full of laughter, always in the swing of things. In 2012 her earlier paintings were featured in a show, ‘Abstract Painting from the 70s’ at the Piper Gallery. She preferred the alternative title, ‘the Freedom Pass Show’.

What I enjoyed about her work was the way it evolved, throwing up surprises year after year: tight formats and finely tuned colour. I confess that I would ask her about pigments – is that a cadmium lemon? – rather than delve into anything deeper. On the other hand, the precision of the visual behaviour was the heart and soul of the painting. Writing this, I discover that her first studies were in chemistry, her mother’s field, before fine art. 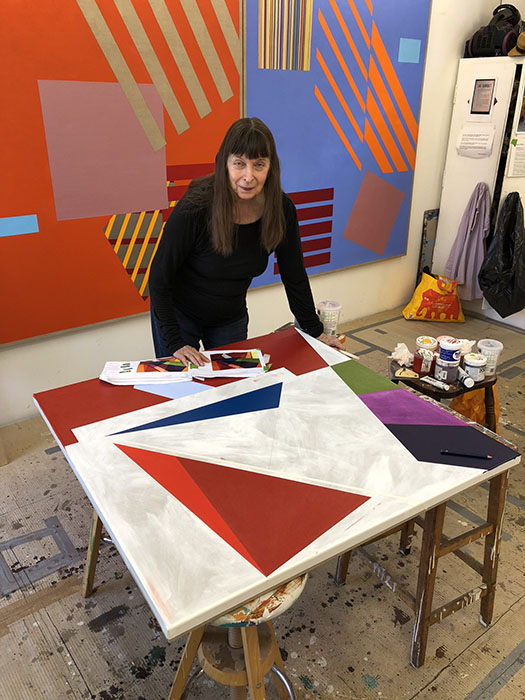 Anyone who knew her would have picked up traces of her previous lives: born in Paris to a French father and Ukrainian mother; Toronto after the death of her father; then New Zealand, where she established herself as a landscape painter. I first met her at the Museum of Modern Art Oxford in the early 1980’s, not long after she had arrived from New Zealand. I found we had friends in common. Much later, she spoke of how much she valued Tony Caro’s generosity, describing him as a father figure. “He has been part of my life since the 1960’s when my mother read out a headline in the Toronto Telegram Newspaper – Anthony Caro Takes Sculpture Off the Plinth”.

With Robert Loder, Caro had founded the Triangle residency programme in 1982. The two-week residencies provided, in their words, “a life-changing working environment for committed artists”. In 1983 she joined the programme in Pine Plains, New York State. Visitors included Clement Greenberg, Helen Frankenthaler, and Larry Poons. Her loosely painted canvases were within the orbit of lyrical abstraction. The geometric work came later, stage by stage. 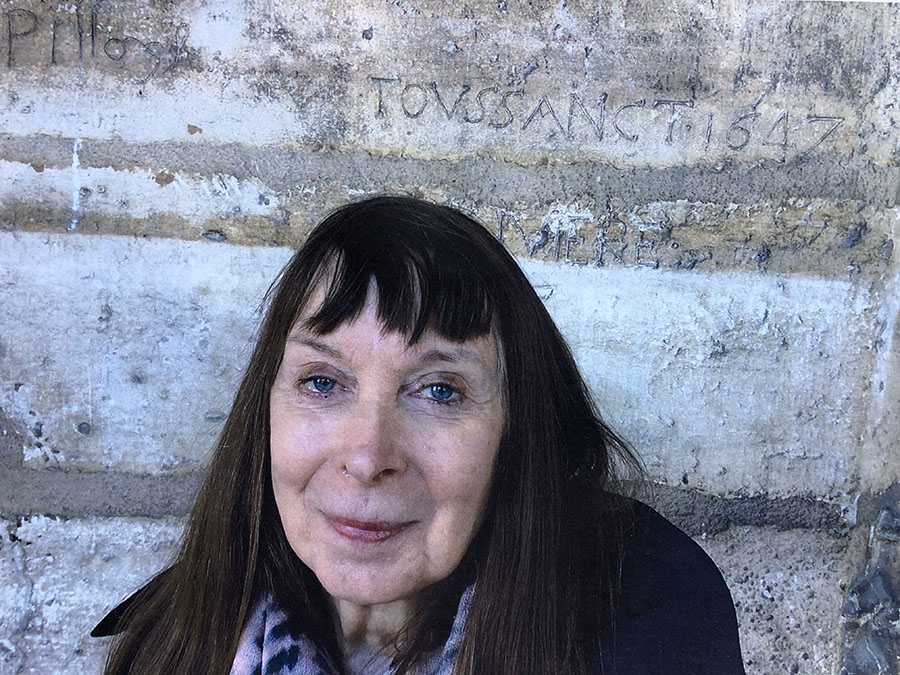 She had a SPACE studio in Berry Street, Clerkenwell, next to Paula Rego’s. In a 2004 Guardian feature on Rego, ‘Secret Histories’, Colette was described as Rego’s closest artist friend. The article quotes her observation on Rego’s work: “You could be well brought up and have a river of hatred or anger that you’ve channelled away and can unleash in art. People respond, because it’s in them too.” In Colette’s own paintings there is a pronounced need for balance and resolution. She saw herself as a classicist. On The London Group website she wrote “the world in which we exist has rules imposed to define our society. We ourselves then impose our own boundaries, rules, moralities, guidelines by which we live: to make us safe.” She goes on: “From Malevich, Mondrian, Newman, Riley, Cubism, Constructivism, De Stijl, Modernism, the paintings build on that strong influence and historical development.”

When my daughter Josie was born at UCH in June 1986, I vividly remember going to the Slade degree show, straight from the hospital. The first people I met were Colette and Paula, sitting on a bench. They offered congratulations, and good advice about child-rearing – which unfortunately I have forgotten. We shared a close friendship -and fulsome pre-email correspondence – with the English painter, Jim Adley. He had moved to Michigan in the 1960’s, but would visit London in the summer with his students from Michigan State University. He tirelessly championed the cause of ambitious abstract painting, accepting its inherent difficulties, with no regard for whether it was in or out of fashion. Colette felt much the same. Like me, she visited him in the USA.

We had exhibited together at the Todd Gallery during the late eighties, when Portobello Road briefly became a gallery centre. I have unearthed this embarrassing private view photo of 1988. Alongside us are Jeff Dellow (current London Group member) and Jenny Todd, the gallerist, also from New Zealand. At the time, we appear pleased with ourselves, having our paintings up in the gallery, but also apprehensive – what of the future? What I can say – decades later – is that I shall really miss Colette’s company. Along with those impressive paintings, her presence was one of the precious constants of The London Group.