As a ‘systems interference artist’ using appropriation and often humour, you subvert and disrupt the use of the emerging technological systems that are interwoven with everyday life. Examples include posting mock reviews on Googles Maps and TripAdviser, and wind turbine proposals for golf courses as well as chasing the gaze of security cameras about the place. Also, unique tactics such as signing up for food delivery apps and then exhibiting those outfits and branded boxes in galleries.

It would be great to hear more about your process and what this entails such as gaming algorithms, obtaining giant inflatable wind turbines, and hopefully more.

The stressing of ‘process’, which has become fashionable again, vexes me. I’m not talking about in education scenarios but in connection with more mature practices. The world we live in is already overloaded with half-cooked, barely-thought-through output being shared online and off without a bother, so why should specialist cultural practitioners, these yokes called artists, mimic that norm? As a fan of the importance of agonism, I’d be saying these kinds of things for sure but what would it mean if there were no distinction between work in progress and resolved work? The implication is that ‘anything goes’ and that artists possess no expert knowledge nor skills. That ‘deflationary’ idea is of course seductive and fits nicely with important end-of-art arguments, but I suspect the widespread foregrounding of process has more to do with something else. It is hard to know who to blame. Maybe Nicolas Bourriaud and his 1990s writings which made observations on the apparently prevailing open-endedness, and suggested the relevance of concepts such micro-utopias, was a problem. Then again, he was partly only reflecting on what was going on: we should not blame the messenger.

I’ve just been re-reading Ulysses. The argument might be flawed but what’s interesting is that though the book is a precisely engineered masterpiece, process appears somehow incorporated into final artefact. According to Beckett, defending Joyce’s oeuvre against the common ignorant initial criticisms, “Here form is content, content is form. […] His writing is not about something; it is that something itself”. Contradicting my previous argument then, if form is content, process and outcome might not need to be so fundamentally separated after all. Joyce, unlike Beckett was quite the maximalist and even had a habit of appropriating and utilising ‘found’ dialogue for instance. But that was back then, and Joyce was being, excuse the pun, novel. Generally, however, what about simple dramaturgic (and not very modernist) tricks like the utilisation of suspense followed by reveal: if you give away the workings and let people know in advance what to expect – which is what the openness about process surely entails – all such possibilities are ruled out?
For my part I, at one point, adopted a pseudo-spiritual belief that if I got up to some mischief and took actual risks then the end result would benefit from that. The subversion would be positively palpable in final artefact. In reality it was also a strategy for escaping one’s own aesthetic prejudices. Then, I never shared the actual details of my activities. The approaches were ethical but included acts which would be questionable in terms of copyright etiquette, say. In fact, the need to create distance was one reason I used a moniker, Mocksim (admittedly not very consistently). Though no instrumental aims were intended, arguably the art here exposed the need for something like General Data Protection Regulation (GDPR): so much mundane data was too easily available, and unnecessarily so, online. With the introduction of GDPR – having achieved my aim  ; )  – I changed tack. Contradicting the previous policy, I began sharing information about the interventions, the ‘mild hacks’, when possible and appropriate, presenting aspects of the process, as artefacts in their own right, often in the form of tutorials.

Some of my work would be characterised as ‘digital’ but I don’t discriminate in making observations or interferences into software, apps, ubiquitous devices, and the activity with heavier machineries and older technological systems. Here is a collection of those courier company ‘Point of Delivery Signatures’ (known as PODS) which were so important only a few years ago but now have been dispensed with: 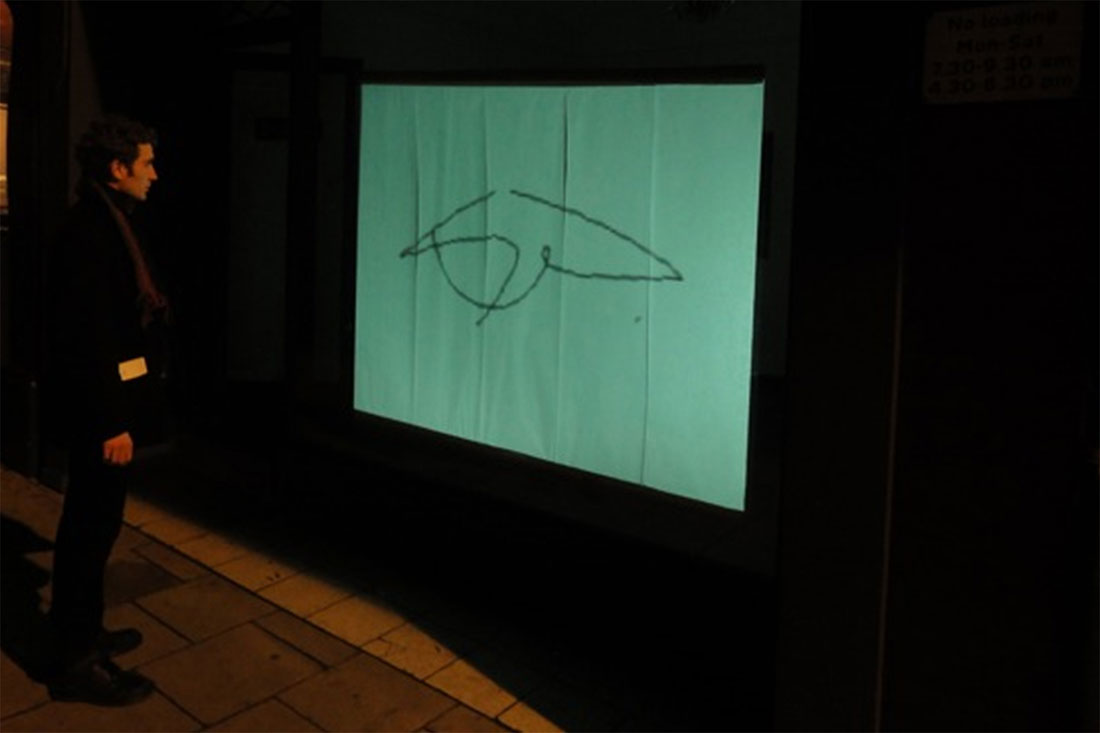 Once again, the art foregrounds the uselessness of such thoughtless bureaucracy. This tutorial shows how supermarket self-checkout machines could be used to buy nothing (before the retailer fixed the glitch): 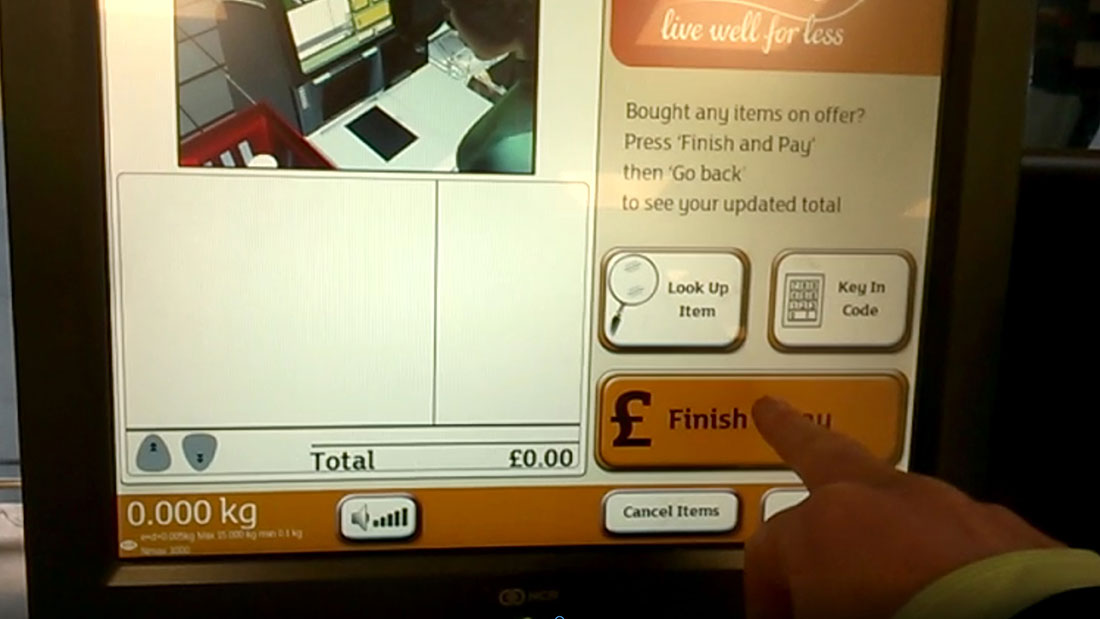 And here’s a group of us flipping over a Toyota Yaris recently: 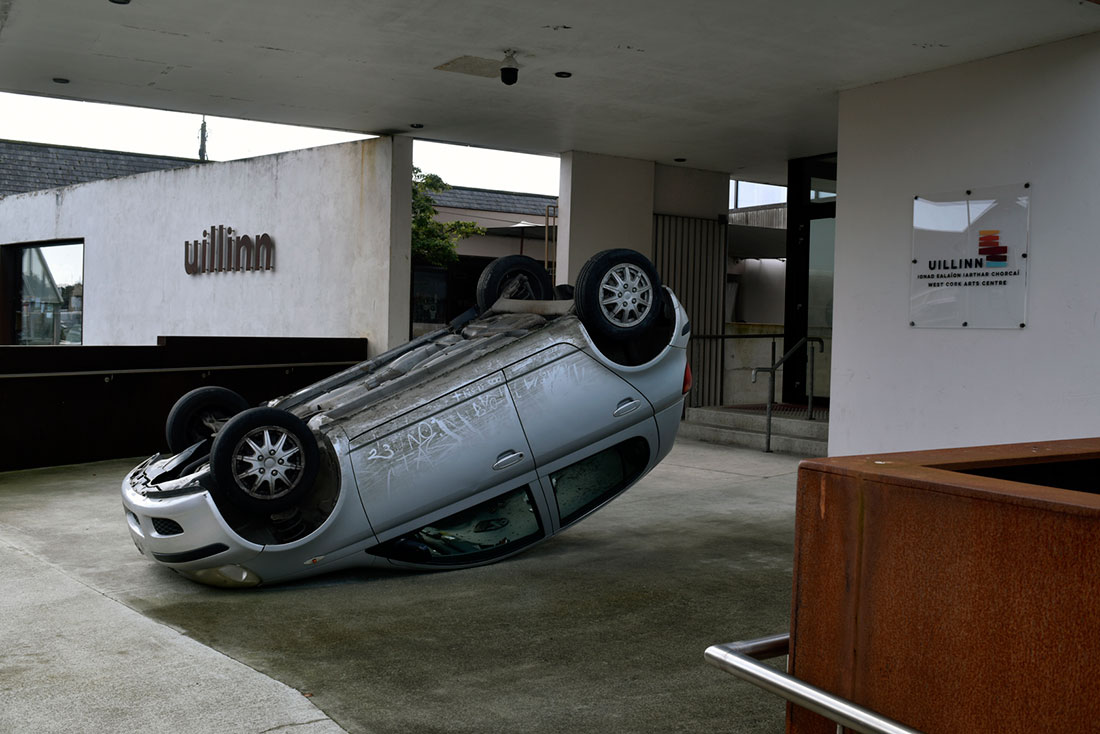 A Question of Process
#15 Ian Parker