In April I received an unexpected email from Beaconsfield inviting me to have a solo show with them in July/August. I immediately accepted as I really respect Beaconsfield’s ethos, the exhibitions they put on and I love the space and its history as a ragged school. 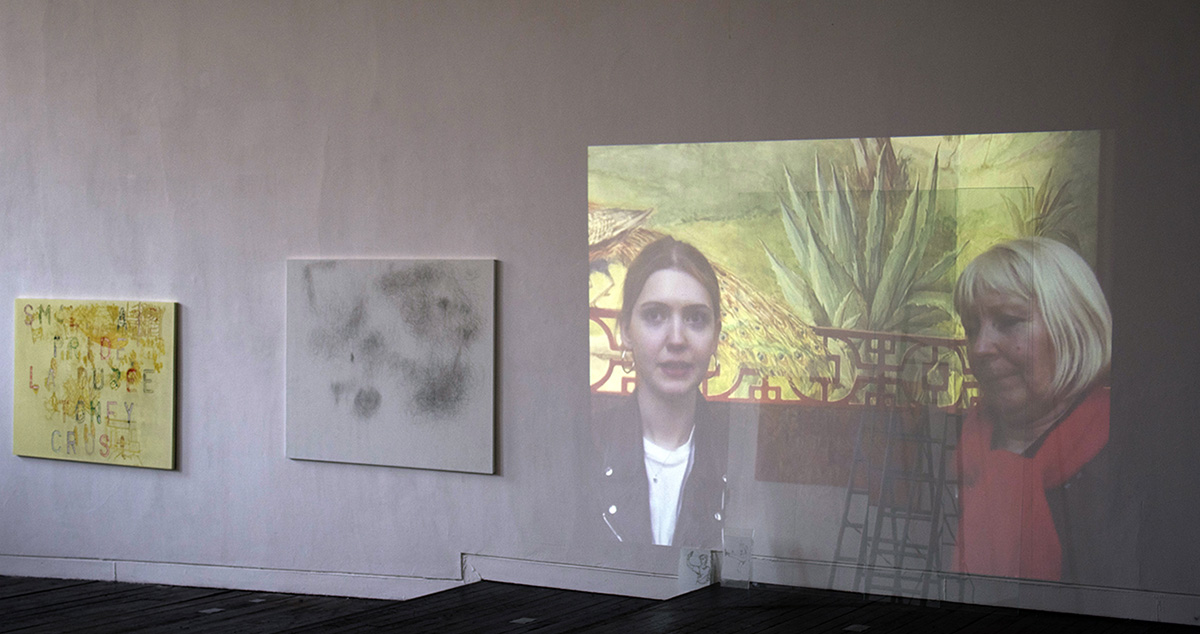 I have been visiting the gallery, which is directed by two artists David Crawforth and Naomi Siderfin, for over 20 years. Naomi had become interested in my work, after attending an exhibition I had in 2001. She nominated me for Becks Futures in 2004, and later, included me in a group show at Beaconsfield in 2011. We kept in touch and more recently, in 2018, she saw several exhibitions including; Within and Amongst, [NAME] solo show at APT, Test Screening at Kingsgate Project Space and we exhibited together in a five person show; Here Today Gone Tomorrow at the Cello Factory.

By April, I had been extending and rethinking a large body of work, comprising a number of elements, which I increasingly wanted to show together so this invitation came at a timely moment. We had a very positive meeting and agreed dates and title. I then began cancelling some commitments to gain some time, as the opening was scheduled for end of July just three months away and I have an intense teaching schedule across four courses. 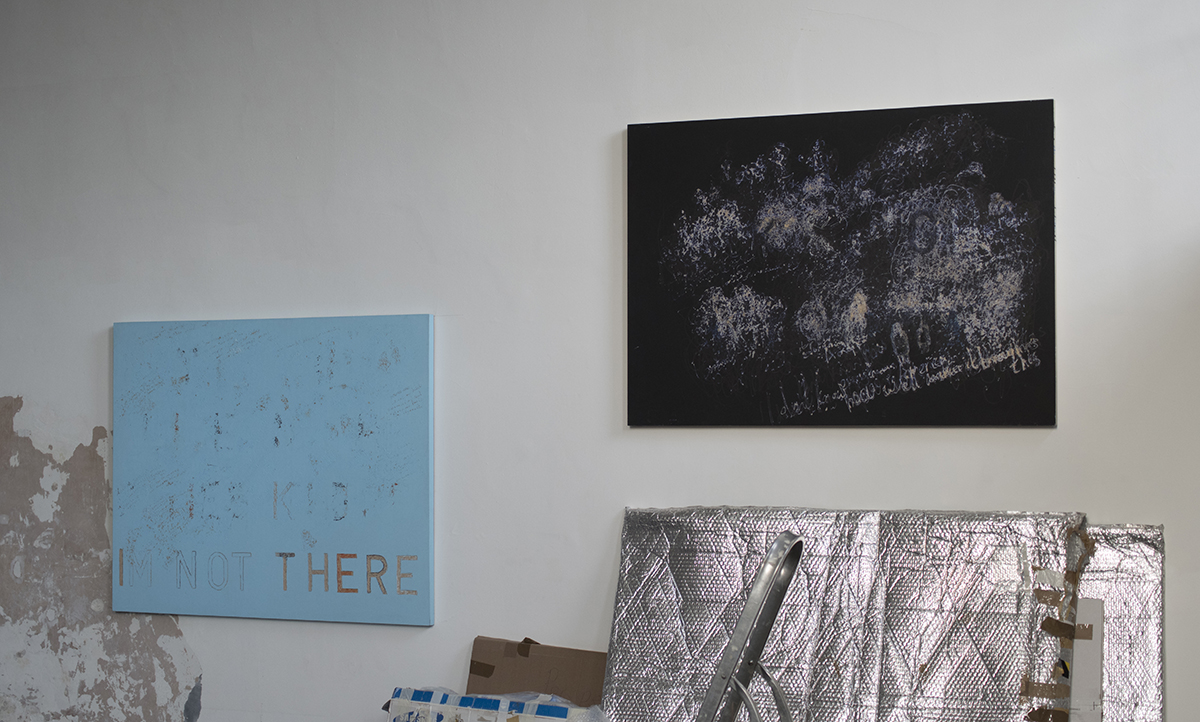 However, unexpectedly in June I received an email apologizing that they needed to delay the show until the autumn. Although disappointed, this proved to be much better timing for us all, and allowed me a really positive summer making new work. In September David and Naomi came for a studio visit, and agreed a selection of over 25 works, which span a decade. 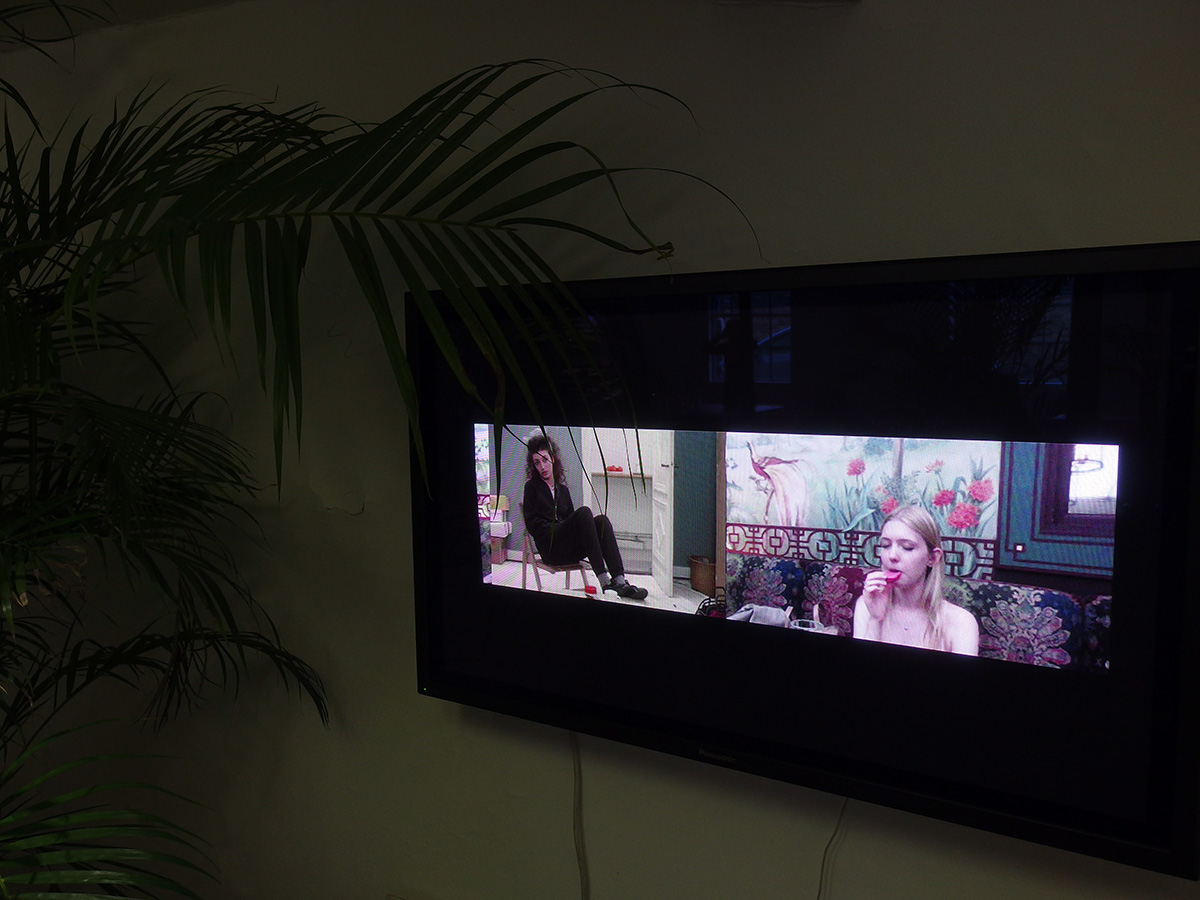 I suggested the private view be on a Sunday afternoon to allow the relationships between the drawings, paintings, drawn glass and video projections to be seen changing as it gets gradually dark. 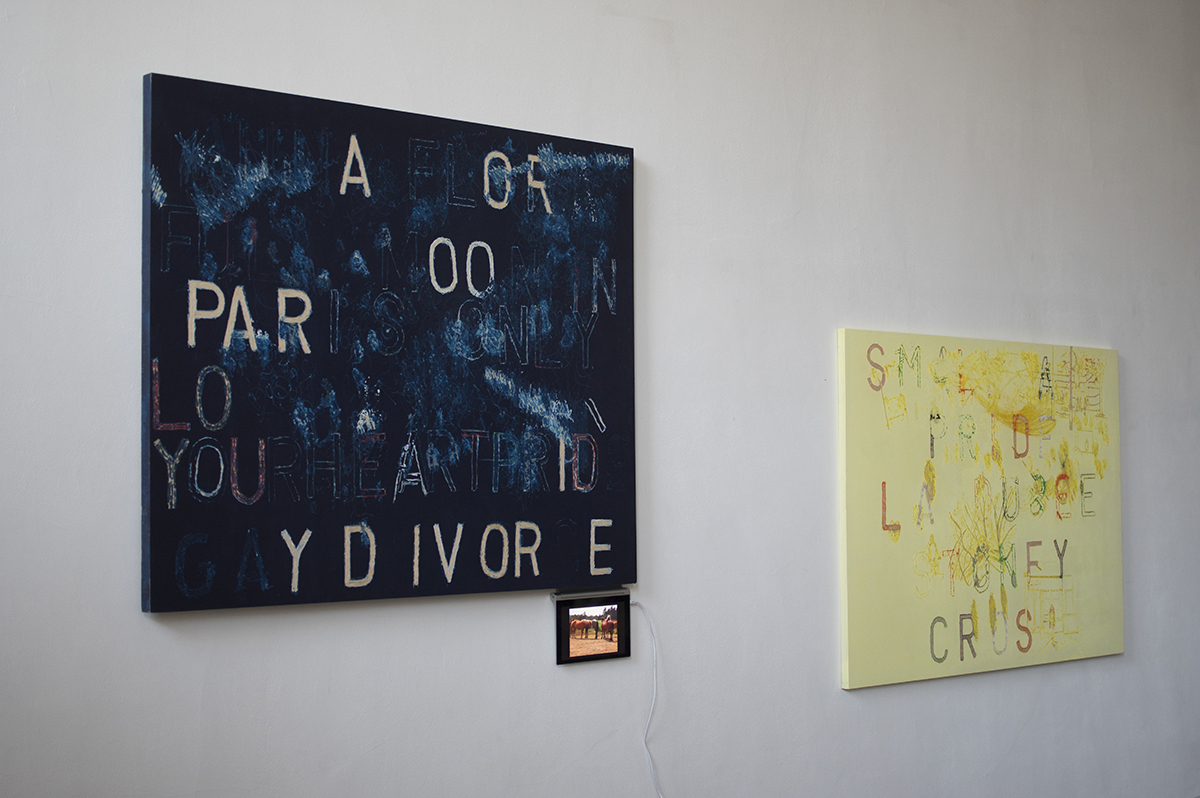 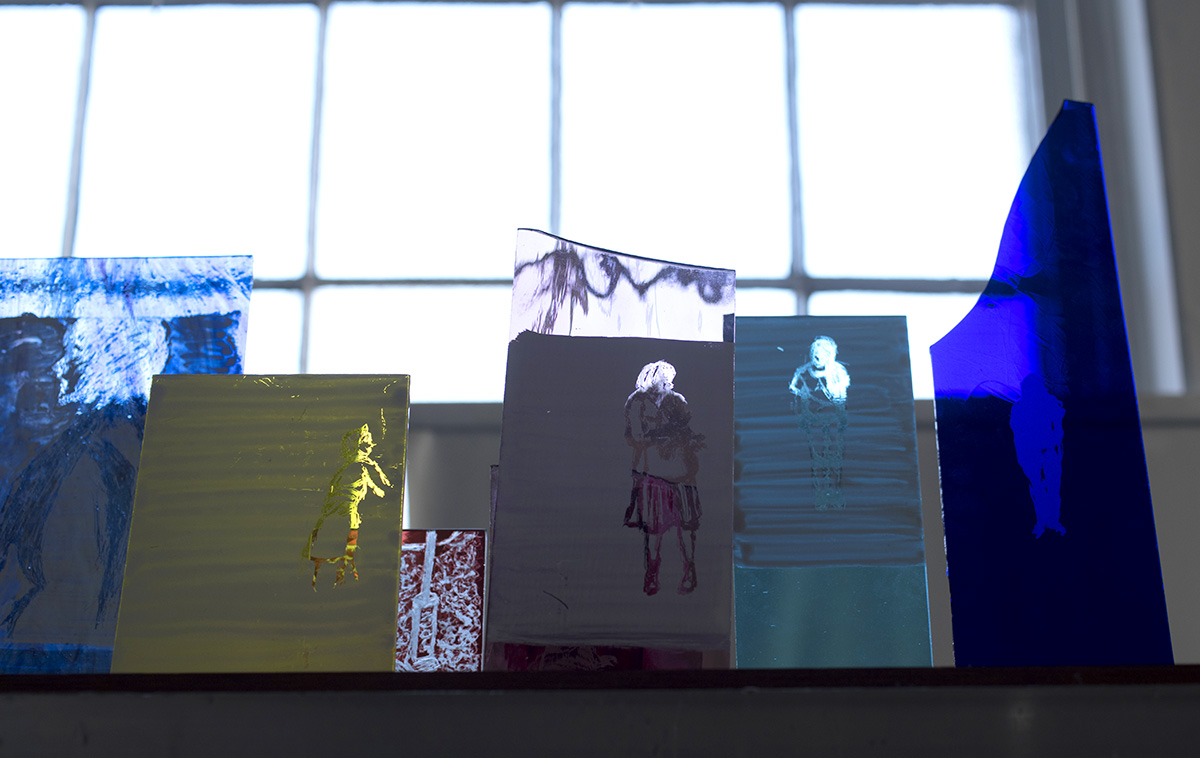 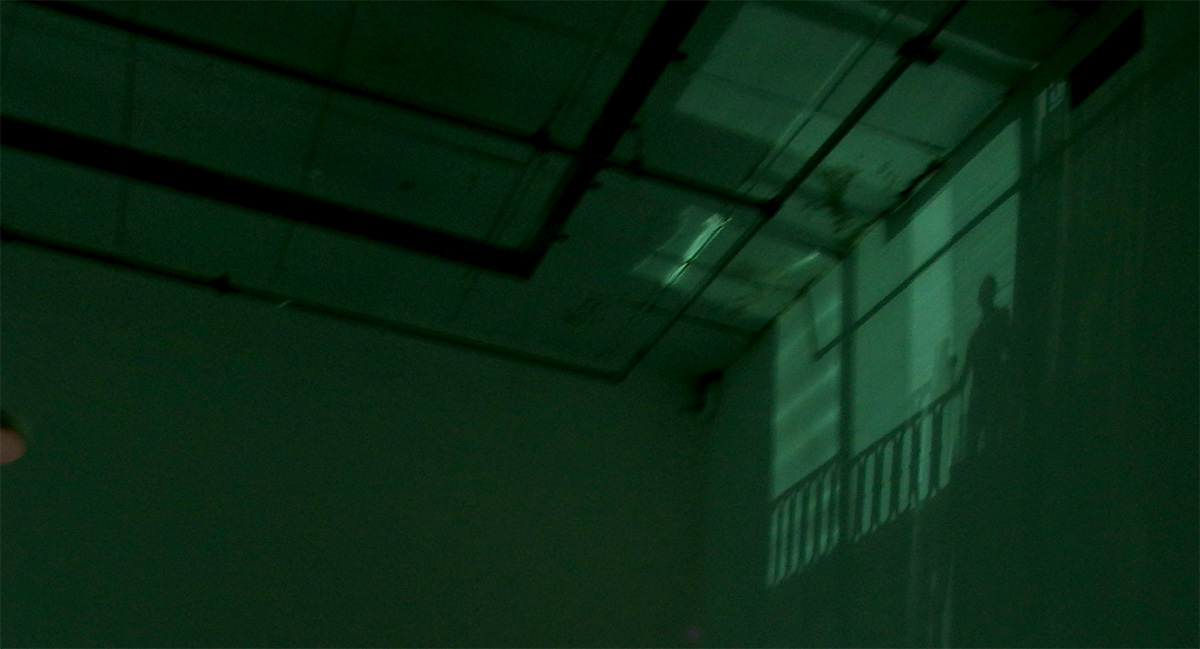 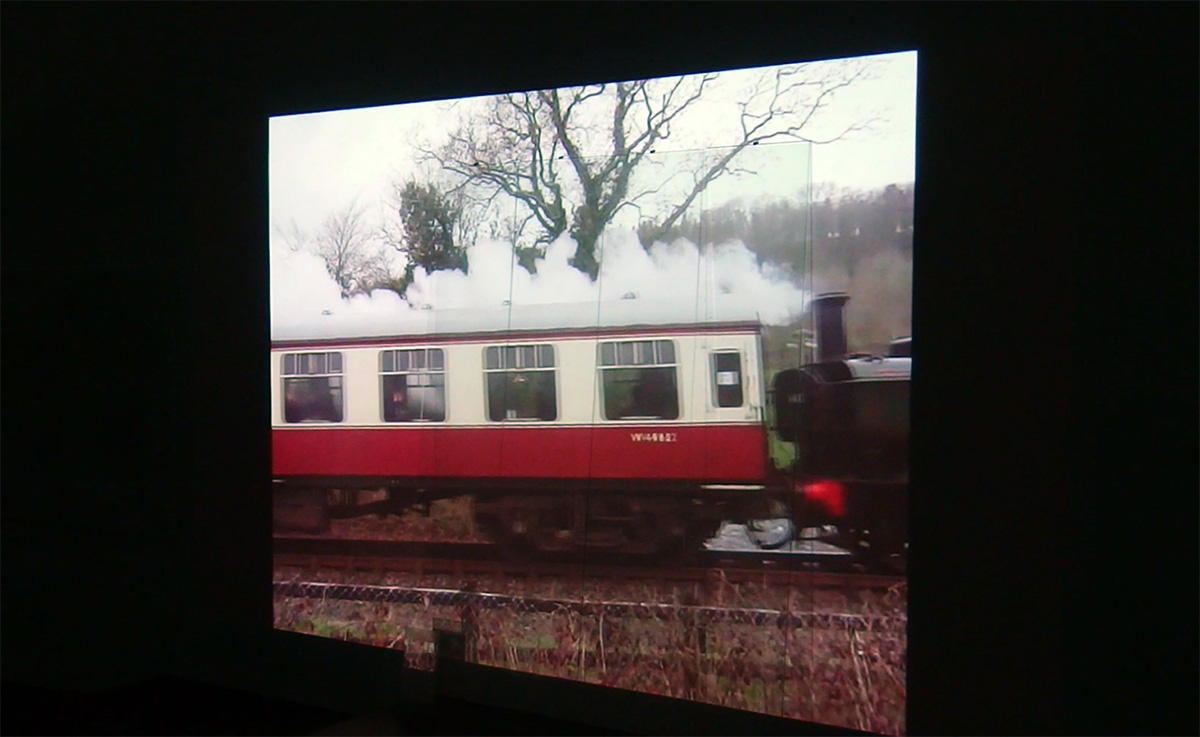 The real resolution happened when installing in the space. During this, I was offered the ground floor space in addition to the large upper gallery. It has been a really exciting and supportive experience throughout. Especially, to have space to work with the interactions between the light, colour, space, glass, video, screens, title paintings and metal point drawn paintings.

I had two days on my own there and then three days installing with David and Naomi. I have really valued their support, experience, insight and advice as fellow artists. In addition, some Arts Council funding, which Beaconsfield applied for has been confirmed, so I will now have some financial support towards costs, which is very helpful. The show runs until December and I really hope to see some of you there, and in case you need extra encouragement there is a delicious, vegetarian cafe; The Ragged Canteen!